telegram
Home
books old
The Deceased of the Green Garden

The Deceased of the Green Garden 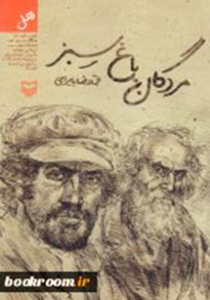 The Deceased of the Green Garden

◙ The Copyright is available in all languages except Russian.

◙ The book was chosen as one of the top ten titles in Moscow Book Fair 2014.

◙This book was banned 5 years by The Ministry of Islamic Culture & Guidance for similarities pointing to aftermath of 2009 elections.

Ballash tries to save the life of Miane bank manager who is an innocent person, but when he arrives, the man has been lynched and hanged from a traffic light pole in the middle of a crossroad and any action seems futile. Then he takes refuge to his friend’s place in Ardebil. Plain Clothes men are chasing the defeated and there is chaos everywhere. Some people are being cruelly executed in military barracks. The organizer of the cult is cut in half in Sarab and each half is hanging from a gate. Ballash reaches the outskirts of the destination city with difficulty. He gets killed there while a -2years-old child accompanies him. The beasts tear up his carcass. During all the coming years, Bolot – the child that Ballash has left behind- hears a voice that repeats: “ I’m burnt, God, I’m burnt” and gradually without chronological order, the destiny of 3 generations takes shape in political upheavals andthe way they become victimized.

This novel is the story of a man killed and dismembered in civil war whose ghost meets his son 15 years after the incident. The story takes shape through this confrontation. The father – Ballash- was an ordinary street vendor with poetic skills. When he takes his poems to Dozgon, the editor of Azerbaijan Newspaper, Dozgon gets impressed by Ballash’s voice and invites him to the newspaper and radio and thus, Ballash becomes a journalist. He witnesses defeat of democrat forces by government and chasing and slaughtering of the cult members afterwards. The dependent chiefs pass the Jolfa Bridge and run away into the USSR. Ballash reaches the border with difficulty but then he realizes the treachery of chiefs, so prefers death to leaving the country, especially since he witnessed the innocence of a person. 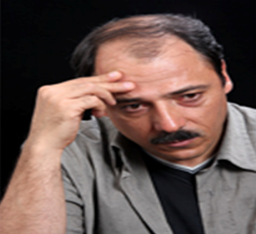