The Stories of Gold Fish (5 Vols.) 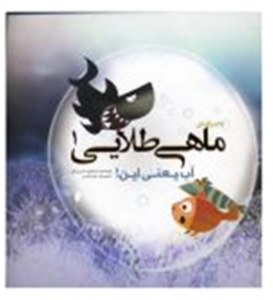 The Stories of Gold Fish (5 Vols.)

This collection contains 5 volumes and in any of its volumes, things happen to The Golden Fish and the fish that live along with it, and the Golden Fish kind of tries to achieve its ends and takes steps to that effect. The collection’s titles and a synopsis of each story are as follows:

1-Volume One: Water Means This

The Golden Fish didn’t know the meaning of water. It asks the Silver Fish to find the water. They encounter different fish on the way and ask about the water but all of them show surprise and ignorance about the water availability. Until they are caught by a fishermen. Since The fish were small, fishermen threw them into the water again. And thanks to that incident, The Golden Fish understands that water means this.

2–Volume Two: We Should Get Help

One of the fish was caught in the fishing net. The Golden Fish tried to take it out but it was unable to do so. It got help other fish .They went inside the net to make it heavy, and thus the fisherman would not be able to pull up the net.

All fish in the sea were talking with fear about the newcomer great beast at sea .It was a baby whale that was going mad due to eating a toxic fish and had dropped their badly sick. The Golden Fish found prescribe a species of weed which was antidote of the fish toxin and administered it to the baby whale. The baby whale overall conditions improved after treatment with the weed dose, and grateful of The Golden Fish and its friends returned to its parents.

The Golden Fish always liked to go to the beach to see how the others live out of the water. One day it was talking to its friend about this, when all of a sudden the sea waves rose and threw them out of the sea inside a hole in the Green Hill. The Silver Fish panicked and wept, but the Golden Fish felt happy since now it could watch everything out of the sea.After a while, a turtle living around there went to drink water from the hole and saw the fish over there and decided to help them. So, it returned them to the sea with the help of its friend, the crab. However, The Golden Fish insisted to stay there. After the turtle explained that when the residual water got evaporated they would die, The Golden Fish agreed to return to the sea.

5-Volume Five: I Will Not Come with You

One day The Golden Fish met a little black fish at its grandfather’s home. Its father relayed its biography for The Golden Fish. The grandfather said that it was a brave and fearless fish that had been living in a small pond in the past, and since it did not like a monotonous life, it had decided to go to the sea in spite of greater risks. And thereafter, it had decided to go to the ocean. The Golden Fish was happy to hear the biography of the little black fish and accompanied it in a trip to the ocean. 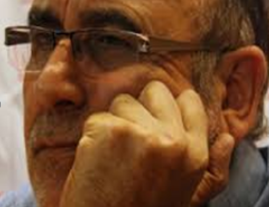