telegram
Home
books old
Why Did God Do This? (6 Vols) 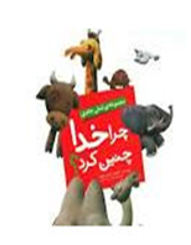 The book set “Why Did God Do This?” contains six volumes with the following titles:

An introduction to the world of creation and the phenomenon of cosmos and the existence of the universe will cause children to be motivated to pay attention meticulously to nature and its phenomena and will cause them to get familiarized with the world of nature by virtue of their education and promotion of scientific spirit aimed at pondering and thinking about the cosmos. Thus, getting to know the marvels and phenomena of being makes profound faith in God and the innate understanding will flourish in kids. This collection of books by the mighty skilled Iranian author, Gholamreza Heydari Abhari, who is an expert in religious as well as child and adolescent literature, while promoting minor’s knowledge, will strengthen their faithful attitude toward the universe.

And it will cause the love of God, the most merciful in their hearts to be filled with more color. Another feature of this collection is beautiful colorful images and illustrations, in keeping with the text, that can be a great help on the conveying religious and moral themes and concepts to juveniles. This collection of books are published and offered in two formats: single copy and a set of hardcover. Having been translated into English and Arabic languages, the book is printed, the copyright of which are offered for sale in all countries.

Vol. 1: Why has God has given elephants trunks?

Once a monkey ate all the bananas and went up a tree on a riverbank to watch other animals drink water. Animals came one by one and each drank water in their own manner. But when the elephant came to the riverside, the monkey got very curious to see how, with such a short neck, this animal can drink water. He came down from the tree. He filled up a bucket with water to hold before the elephant’s mouth to help him drink water. But the elephant dipped his long trunk into the river several times and filled it with water to drink. Then the monkey realized why God has given trunks to elephants. 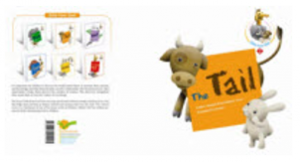 Once a rabbit went into a farm to look for carrots. After pulling a few carrots out of the earth, he realized that he had not brought his basket along to take them to his den. He started looking for a string to bind the carrots together and easily drag them back. Noticing a sheep he asked her for help. The sheep referred him to a cow that was grazing in a pasture behind the hills. The rabbit went to the cow and asked her to cut her tail and let him have it to bind the carrots. The cow refusing to do so explained that God had provided them with tails to defend themselves against mesquites, flies and to send them away. The rabbit realized why God had given tails to cows.

Vol. 3: Why has God given beaks to pigeons?

Once a chicken dove asked his mother: “Why are our mouths different from those of other animals?” To answer its question the mother gave him two very small pieces of wood one of which had a sharp pointed head to lance. She asked the chicken to try to throw them forward. So he did. The pointed piece flew farther and faster than the other one. The mother dove explained that God had created pointed mouth so that it would be easier for them to fly and to be able to rip the air open to move forward faster. She also told him about the uses of pointed beaks. The chicken thanked God for his pointed beak.

Vol. 4: Why has God given a hard shell to turtles? 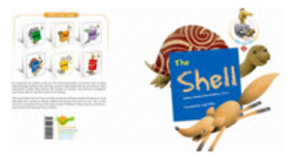 Once upon time a turtle was taking a nap under a tree. Then the noise of other animals caused her to wake up. A fox had attacked the farm causing all animals to escape. But the tortoise nonchalantly pulled herself together and sank back into her hard shell and went back to sleep. The next day the animals gathered and explained to the crowd how they had got to run away. One of them asked the turtle about her escape. The turtle was relaxed and said she had remained there motionless. She said: “Luckily, I took shelter under the hard shell given to us by God.” The animals were startled when they looked at her shell and then clapped and praised the pretty shell given to her by God. 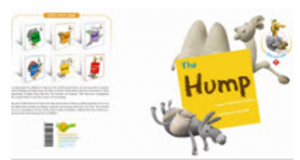 Once a Camel offered help to a donkey who was carrying a heavy load of several sacs on his back. The donkey laughed at him and said: “All you can do is to carry the hump on your back.” The camel was annoyed and decided to prove to show him how useful humps are. He asked the donkey to accompany him on a trip which he did. They headed for a waterless desert where no herbs or pastures were at sight. It was noon and the donkey was very thirsty and starving. But the camel was vigorous. They were approaching a village. The donkey was too exhausted to walk. So the camel went to the village to bring her some food and water. That was when the donkey realized that the humps help the camel tolerate thirst hunger to survive in a desert. So she apologized to him.

Vol. 6: Why has God Given Giraffes a Long Neck? 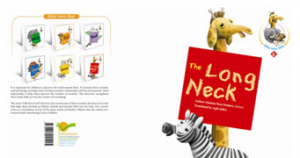 Gholamreza Heydari Abhari, born in 1969, is one of the diligent Iranian authors who have been writing stories for children and youngsters for years. He has written over 50 interesting titles, published by some prestigious Iranian publishers. Most of his works have been re-printed as they have been well-received by their readers. One of his books titled “Children’s Quranic Theology” has so far gone into the 30th edition. Some of his works, in addition to frequent domestic reprints are translated into several languages including English, Arabic, Urdu, German and Indonesian. Having been applauded in various literary festivals and events Heydari and his works have received some literary awards in Iran. An expert in religious matters, Gholamreza Heydari utilizes his story-writing and fiction-writing talent in narrating tales to be read by children and juveniles. While creating fictions containing elements and fictional characters of interest to kids especially including natural phenomena such as animals, Heydari attempts to convey religious and moral teachings and faith in God to them and attempts to develop and strengthen them in children. He is currently closely cooperating with some well-known Iranian publishers of children’s books, as an expert of children and young adults’ literature. Furthermore, Heydari cooperated with the Iranian Ministry of Education in publishing their schoolbooks.