A Hundred Years of Story Writing 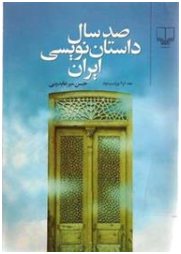 A Hundred Years of Story Writing

◙ Selected as one of the best book in the Book of the Year Award in Iran.

The Writer tries to give a criticism and an analysis of the most prominent works in Persian prose especially those related to the story literature of Iran from the mid-Qajar era to present. His approach is an integration of history and sociology of literature. In this way, the main characteristic feature of this work includes a series of compact critical descriptions according to historical classification of various works, which represent the features and tendencies of each relevant examined era. In the first volume, the book provides reviews on and insights into story literature from the first freedom seeking movement which include the works belonging to the onset of the Constitutional Revolution era up until the year 1961. Moreover, the emergence of new literary styles, the regular and translation, the role of political and social factors, the hierarchy of literary styles and the status of literature in this era are all addressed. The topics discussed in the second volume are related to the works published in the period between 1961 until the fall of Pahlavi dynasty. Mirabedini moves on with the third volume to address works released between 1979 and 1991 and offers reviews on them. The writer first describes the sociocultural grounds and then moves on to classify and set out the post-revolution development in literature.

About the Author: Hassan Miabedini . Born in 1953.Hasan Mirabedini is from the writers and critics in story literature who has completed some works in the field. He became well known after releasing the book 100 years of story writing, in 1989. From among his other works, are 80 Years of Iranian Short Stories in two volumes…..