Scorpions of the Ship Bambak (Novel) 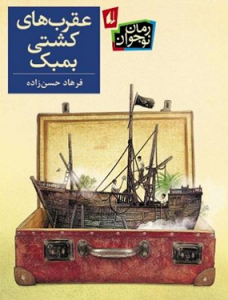 Scorpions of the Ship Bambak (Novel)

Set in southern part of Iran, by the Arvand River, the novel is narrated by its protagonist, Khaloo, who has some conversations with the author, too. He identifies himself with Huckleberry Finn. This Iranian Finn is experiencing two adventures at the same time: Keeping a suitcase filled with banned political books (during the beginning of the Islamic Revolution), and, falling in love right in the middle of the turmoil. He is a member of the Scorpio gang, all the others also belong to poor and marginal groups, living outside a big city. When Khaloo gets attracted to the daughter of a wealthy family, the author finds the opportunity for treating the clash between two separated and disparate classes through the innocent love of the two youngsters.

”I was on the way to Bambak. There was no place like Bambak .As I mentioned before, Bambak was our hang-out. A cozy place, whose owner was serving his sentence—condemned for homicide or betrayal. He had got life sentence. It seemed to me, beforehand, the term “life sentence “was the name of a horrific prison. But sometimes after, it was in the movie that I got to know— by seeing and hearing — the meaning of life sentence: Serving a life time in prison, Until the last breath. Until the final creed. So, that is how Bambak became ours, or how we became its owner. I mean, we thought when he’d got life sentence, then never ever he does find a chance to look for it. Besides, some unprincipled thieves had taken away its engine, and generator, and all that was precious. In other words we were owners of a stripped down boat, anchored by an abandoned pier, forever. What relieved us was the fact that nobody would pass by the pier and the surroundings. What would hold people back from it was the marshy terrain. After each flow, all the lands— near and far— became inundated and then, maybe some small fishing boat would pass by.”