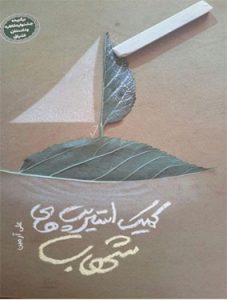 ◙ Copy right is available in all languages.

The main character of this novel is a young man named Shahab. He is a religious student who has a great talent in painting. Her mother died at his birth, and her father has married with another woman. Father is a military retirement without any sense of kind feeling. Because of the stresses, he has been inflicted on his childhood; he has sometimes stuttered her tongue and cannot speak for others as his other classmates do.

He is in love with Leila, the girl living in his next door who was his playmate in his childhood time. Shahab posts updated pictures on his blog. He tries to present traditions and verses in the form of conceptual pictures on his blog and succeeds in his work.

Leila is one of her blogging followers, but he never tells who the owner of the blog is. Shahab likes to have his blog only for the sake of God, not an abuse to get Leila’s interest and other people attention. Meanwhile, he finds out that Leila has a bridegroom. Her bridegroom is one of a religious student who wears the turban and keens on interesting speeches. He has a large and a well-informed family.

Layla is in love with Shahab as well, but her parents ask her a reason to choose. Shahab does think it has nothing to face with his opponent. He has other conflicts at home. The father sold his laptop and made him disappoint. Eventually, Shahab leaves father’s home and lives in an Imamzadeh. In the basement of Imamzadeh, he teaches religious rules to children in the form of pastel painting. Sadra is Leila’s brother and Shahab’s intimate friend. He encourages Shahab to continue his work and lends him a laptop and an optical pen. Shahab gets familiar with a skilled painter.  Training, his past experiences and efforts get him become good and professional in comic strip painting and collaborates with a magazine. The director of the magazine has run some of his work in an international comic strip competition. After a while, Shahab is informed to win the highest ranking in the competition, and this makes him be well-known in the media and the press.

Although it has passed no long time since the releasing of the book it has welcomed by Iranian readers. The book was honored with Festival of Fiction and Memory of Eshragh in 2017.The novel aims to open a new window for propagating to the religious students. It shows how a young student could cope all the banners to become successful in preaching. He binds between tradition and modernity, and eventually becomes a successful and successful artist and becomes famous.