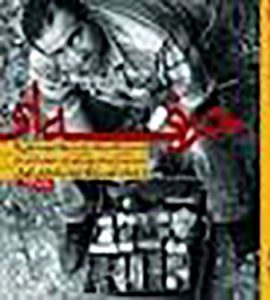 (The Memoirs of Javad Sharifird, head of the disposal team of the Islamic Republic of Iran)

Mohammad Javad Sharifirad joined the Iranian Air Force in 1976.Following the triumph of the Islamic Revolution, he received technical training in Explosive Ordnance Disposal( EOD) and got appointed as the head of as the head of Iran air Force for his high performance. From the very first days of the Iran-Iraq war he and his time started life-long battle with explosives. The skilled Sharifirad was dispatched to 1725 missions, defusing a gamut of bombs, missiles, rockets and explosives, during which he got injured twice severely. In early1990s,he embarked a new career in cinema as special effects manager in more than 30 cinematic projects. January 8,2014 Sharifirad lost his life in a blast while working on a special effects scene.

This book consists the memoirs of Sharifirad of the War of the cities and the bombardment of Tehran. The War of the cities was one of the most tragic and savage military actions of the Iraqi Ba’th regime during the imposed war against Iran. The stories of the lives and activities of the groups in charge of defusing unexploded bombs and missiles across the cities is one of the greatest untold stories of bravery throughout the years of imposed war.

Sample Page of the Book:

On the first day of the war, I was informed that the 1st Tactical Fight Base-Mehrabad Airport had been bombarded. We went to defuse the bombs. The runway and surrounding areas were littered with unexploded bombs. You can imagine the situation of a group of young people who had never seen a bomb from a close distance. We hadn’t seen Russian bombs at all. Now we had to defuse those unknown bombs. I remember sweating out of fear, though the 1st base was bitter cold on the first day of October. For us, the war began here.