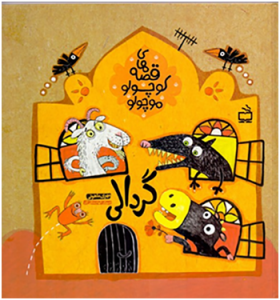 Mehri Lahouti(Babol/1961),Iranian writer and poet has penned for children since 1991.She has so far published over five hundred books on children and young adults. According to herself she is a child who never wants to grow up. Some of her books are: Yousef’s Wolf(2016),Miss Ant(2016),Three Pearls(2013),Tree’s Weeding(2013),…….

Lahouti has been awarded many literary prizes such as Selected children’s book by Poopak Magazine and honorary awards from Madrese Pubs.