A Teeny King and 40 Big Problems 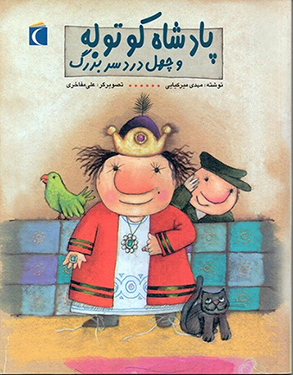 A Teeny King and 40 Big Problems

Tales of the Tiny King who rules over tiny people living in a tiny town where everything is tiny: the houses, the cars, the chairs, the pens, and of course the tales- a collection of tiny tales about the Tiny King. Having sold over 50,000 copies The Tiny King is a bestseller which is now in its 11th edition. It was announced the best book in the Ketab-e Bartar Festival of 2002.

Our tiny king was like all kings. And as all kings, he did some unusual things on a whim. He would punish the people whom he saw in his dreams. He punished dolls and trees, too.

Mehdi Mirkiaee (1973- Tehran) has a PhD in history and has written over 40 books, including novels, short stories and historical treatises on modern era. Mirkiaee has been awarded many times for his literary works in Iranian festivals- the Children Press, Iran’s Book of the Year, IIDCYA Festival to name a few.