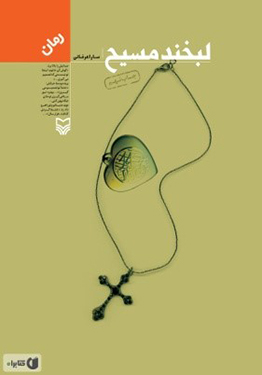 -Copyright was sold to Bosnia

– First place in the Lady of Culture Festival

– The nominee in the Parvin Etesami Literary Prize

A young girl called “Negar”, who lives in the current Iranian-Islamic society, is stepping through unfamiliar geographical areas with the help of “email”. In this journey, which is more mystic and spiritual, Negar becomes acquainted with another person called “Nicholas” who resides in one of the western countries. They are closely connected through email, without having to see each other directly. Nicholas is a follower of Christianity and Negar is a Muslim. In the written communication between them, the attractions of Islam are transmitted to Nicholas’s seeker mind through Negar’s thoughts and opinions. Every day, the fascination of Nicholas is enhanced to get more familiar with the commandments and characteristics of Islam. Eventually, Nicholas travels to Iran with a job offer and visits Negar closely and offers her to marry him. Negar apparently disagrees with this proposal because she feels that this marriage leads to the disappearance of the sincerity of that mystical and spiritual relationship, and the storyline ends in such a situation.

The book “Christ’s Smile” describes the events of the life of a young and modern girl named Negar. The main focus of this novel is the concerns of the younger generation, a generation that always and always seeks the truth. The writer in this novel is concerned with writing about the religious beliefs of this land. Though dealing with the thought-centered stories is very difficult. But the writer of this book has been able to bring the audience with the help of some devices and simple fictional language.

He was looking at the snowflakes that came down. He said, “In your opinion, is a Muslim girl who has been acting to her beliefs for many years, ready to …”

He looked at me and paused a little. He seemed to seek words to complete his speech. When he did not find anything, he shook his hand and said, “Do you understand?”

I said, “Well, it depends. But if that girl is not realistic, she would understand that you …”

I looked at him. He looked at me. Now I was waiting for him to say something. He stood up, arranged his coat collar and said calmly and seriously, “What if that girl is Negar?”

He came toward me and said, “Negar!” It’s not a chance that an Iranian company invites us! I entrusted myself to God. God took me here.”

I had to think for a moment to find a compelling answer for him.

I closed my eyes and put my hand on my forehead. He was wrong about me and this request was for the sake of the same mistake …” 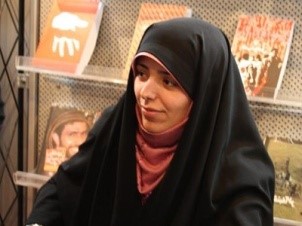 Sara E’rfani is a young and talented Iranian writer. She is an MA in the Theology of Islamic Philosophy from Shahed University. She has written many books for children and adults, especially on the subject of Holy Defense literature. Among her works, the followings can be mentioned: