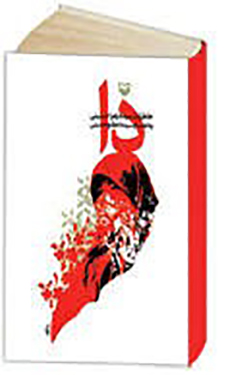 *Awarded in the Book of Year in Iran

Seyyedeh Zahra Husseini (narrator) is an Iranian Kurd whose parents lived in Iraq before her birth. After she was born, her family returned to Iran, and his father settled in Khorramshahr and after a long time wandered, he was hired as a dustman in the municipality. She was the second child among six children of the family. Her family, especially her father, was strictly adhered to religion, and she was raised with such beliefs. She, along with his older brother, Ali, participated in the activities of the revolution and afterwards. For help and service, she chose the graveyard and burial and funeral of martyrs of war. On the first day, she becomes weak and faint. One of the peaks of the story is when she puts his martyred father in the grave and gave farewell to him. 7 days later, she put his older brother, who was also martyred, in the grave and gave farewell to him, a brother who had a lot of potential and actual abilities and was a favorite of the family. She hides her brother’s death from her mother to take her mother out of the city. She becomes a rescuer and fought the Ba’athist enemy with two guys of her age until she was injured at the front line and sent to the hospital. From then on, she recounts the problems of war refugees and treachery during the war.

The book “Da” is the memoirs of Seyyedeh Zahra Husseini from the war and the situation in Khorramshahr during the early days of the war, a 17-year-old girl whose life changes at the beginning of the war. It is a believable narrative, with a unique setting, so that readers see themselves on the streets of Khorramshahr. What inspires the reader’s respect and admiration is that the narrator does things that others refuse to do or underestimate them. “Da” means “mother” in the local dialect and by selecting this title Ms. Husseini wanted to remind suffering, sadness, effort, and resistance of Iranian mothers. The book provides an overview of the duration of the war and the situation of the refugees in different cities. The language and the text of the book are relevant to the subject matter and it is fluent. What makes this book unique is the expression of angles of the war that have never been addressed before. This book expresses the peak of disasters of the war, along with an angle of the history of our country. The book “Da”, in addition to ID, dedication page, and table of contents, this book is composed of an introduction, five sections, and forty chapters, attachments, photos, and concordance. Its attachments include four interviews and conversations with eyewitnesses of some of the events of that period, four citations from three other eyewitnesses, and a document from a documented book published on the battles of Khorramshahr confirming the truth of narrator’s events. 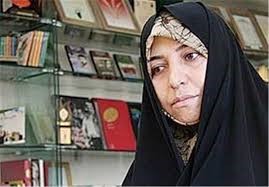 Seyyedeh A’zam Husseini is a graduate of Jurisprudence and Foundations of Law. During her years of continuous activity and expertise, she has performed memoirs of Iranian women on war fronts with audio, visual and written interviews in the area of war memoir writing. He has done more than 20 research trips to complete war studies and to create a ground for the formation of documentary memories.