Deprivation of the Isle 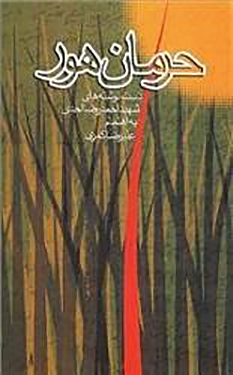 Deprivation of the Isle

Title: Deprivation of the Isle

This book is a collection of 93 pieces of notes and manuscripts by the martyr Ahmad Reza Ahadi, a second-year medical student of the martyr Beheshti University, organized in 4 chapters. Chapter 4 includes retrieved notes that have been added in the second edition of the work. The detailed introduction of the book includes the story of the martyr Ahadi, the procedure of collecting and compiling the work, and examining and describing the content of these pieces. The martyr Ahmad Reza Ahadi’s academic education and his mastery in the literature of Iran and the world distinguish this work from other works in the field of Holy Defense literature. The poetic language and eloquent style of the writer have granted a poetic flavor to the war and the use of Persian poetic and classical poems has contributed greatly to the literary richness of these manuscripts. The chapter “Jean Valjean, the Statue of Battle with Life” is one of the most influential parts of the book. By interpreting Victor Hugo’s novel “The Miserable” and outlining its worthwhile points, Ahadi interprets life. In the following, he refers to a verse from the Quran to prove that values have been the same throughout history, and the geographical conditions and the determinism of the time have changed values. He links the war with world literature and globalizes his words, and by addressing the details of the Holy Defense and the poetic description of concepts such as war, martyrdom, friendship, loneliness, motherhood and the appropriate use of scientific concepts of mathematics and physics, he acquaints the reader with lesser-known people and attitudes in the war. The narrator of the story of the war in this book is a powerful poet who prays in seclusion with his God and links earthly concepts with his heavenly view.

Tonight, the sound of the Iraqi mortar shell bursts is not stopped even for a moment. Apparently, the mercenary Ba’athists has provided the basis for a massive attack. The sky of the salt lake is not empty of flares for a moment. The rain of the Iraqi mortar shells and Katiushas with their breathtaking voice can hold everyone calm; but if the enemy shells every spot of the lake, it cannot do anything. 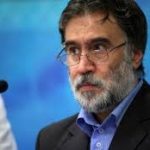 Alireza Kamari is an Iranian researcher and historian whose scientific and cultural activities include: writing numerous articles, teaching literature, ancient texts and historiography, active participation in workshops, membership in the scientific council of some educational and publishing institutions related to the Revolution and the War, conducting study projects on history, literature, and Holy Defense history, writing introduction for several books.

Alireza Kamari won the first rank for the book “Fahimeh’s Letters” at “Quarter of a Century of Holy Defense Books” Festival. In the seventeenth year of honoring the publishing servants, he was selected as the best researcher by the Book House.

Deprivation of the Sun

In the Memory of Reminiscence

Retrieval of an Event