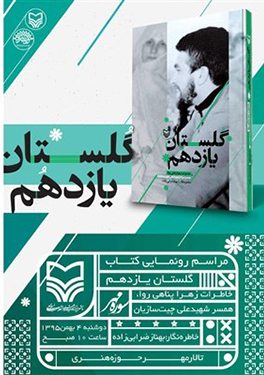 “One moment I glanced at the mirror. Ali Agha (Mr. Ali) was staring at me. I was embarrassed. I quickly looked the other way and bowed my head. This was the first time Ali Agha was looking at me like that.” These sentences are excerpts of the story while narrating the first moments of the two main characters of the book’s life together: Zahra Panahi’Rava and Ali Chitsazan, one of the commanders of intelligence and operations in the Iran-Iraq war. The book begins with a beautiful introduction, where the author finds out that the main character’s home (his family’s home) has been located exactly opposite his, while he has been unaware of it for so many years. The house has been where many of the bitter and sweet moments of the story were recorded and the author had until then been unaware of it…

The story begins when the joint matrimonial life of the main character of the story physically ends by his martyrdom. This writing characteristic and style which appears in the very first chapter causes the reader to face the rush of narrator’s emotions, where the narrator gave birth to his child and like every other woman has the most emotional and supportive needs of a husband after giving birth to her infant. But suddenly she remembers that her husband, is martyred in Mawoot distinct thirty seven days ago and she should tolerate and continue her life with his child (the only means of remembering him)/memorial without his physical presence

This book, with an honest language, deals with the one year and eight months joint life of Chitsazan and his wife. He was such a commander on the war front lines that due to his martial skills and courage was nicknamed “the Yellow Scorpion”. He cherished her mother and his wife with so much love and affection as if this affectionate heart had does not belong to a fierce warrior “Rosary Eleventh “, in the most beautiful form, has been able to introduce an important part of the hidden half of the life of one of the courageous Iranian commanders to the readers. The writer, with all of her feminine sensations, not only with her romantic sense but also that of motherhood / maternal has written this book. The book is very much appreciated and welcomed by Iranian readers, especially female readers, and during a short period after the first edition, it has been published in the twenty-sixth edition. As mentioned at the beginning of the book, it was praised by the Supreme Leader of Iran. 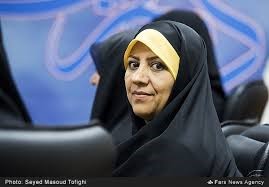