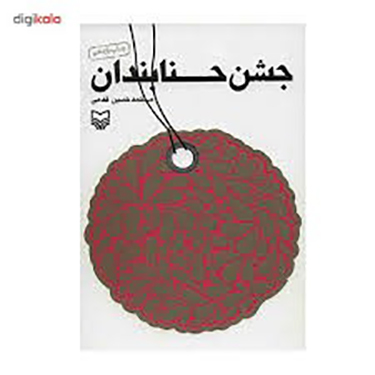 The book “Hanabandan Ceremony” includes two reports of two combat operations in the south and west regions of the country, compiled by Muhammad Hussein Ghadami, among the memories of the warriors of “27th Mohammad Rasoolullah Division”. The first report of the book was written during the Operation Karbala-5, and its second report relates to the Operation Beit ol-Moqaddas 4 and in the western regions of the country and a part of Iraqi territory. The book in the first report tries to report the stages of enrollment and dispatch to the front, preparing and training in the garrison, the writer’s acquaintance with his companions, his explanations of the nights and days at the camp, the letters of the elementary school students to the warriors, their enthusiasm for going to the operational areas, their waiting for being dispatched to the front line, and warriors’ morale. In the second part of the book, the writer describes topics such as Operation Valfajr-5 and the situation in Halabche, the commanders and operational areas, the damage to his eyes, martyrdom of warriors and their testimonies, and his farewell to the front. The tune of and eloquence of the narrative, attraction, and fascination of the story, and most importantly the content presented in the book have made this work as one of the lasting works in the field of war reporting

As soon as we were allowed to leave, like a bird released from a cage, we did not wait for a left sheet, and we came out with loose clothes. The bright sunlight did not allow blinking. We just sat in a corner inevitably in order that our eyes got accustomed to the light. Before a nurse saw and a doctor noticed us, we should go and sneak away. My hand in my friend’s hand and another hand on the wall, we went gropingly. It was a red situation and the siren sound was heard. We couldn’t see and we didn’t have a shelter. We trusted in God and continued on. The city was silent and slow. Only occasionally the sound of a car was heard but was lost very soon. There was no one to take our hands and take us to a safe place. O, God! Oh, helper the defenseless and the chemical injured! Witness the innocence of your blind servants and take care of us 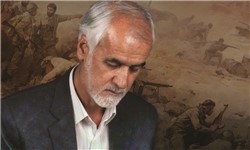 Muhammad Hussein Ghadami is a teacher and writer. He has joined the writers of the Office Resistance Literature and Art at the Hozeh-ye Honari Institute since 1988 and has been in charge of the program “Memory Night of the Holy Defense” at this office in 1992. His style in fictional literature is report writing and memory writing. The works that he has written in this area is a report writing of the memories of the Iran-Iraq war. He himself participated in most of the operations of this war. As an honest witness, he likes to immortalize the memories of his companions by recording their courage.