telegram
Home
books
I Wish There Was No Red Rose

I Wish There Was No Red Rose 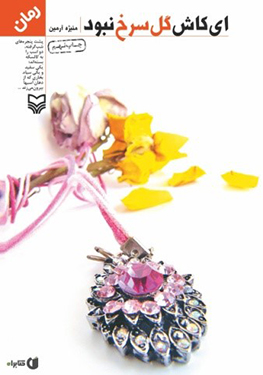 I Wish There Was No Red Rose

Title: I Wish There Was No Red Rose

The great dictator did not flood against religion in just one day. His people did not come from a strange place. His people may have been parents of today’s the narrow-minded, but they were part of the body of this nation as well. Someone like Seyyed Mehdi who became accepted by Haj Hassan Agha, the liturgist of Turks based on the principle of “like father like son”. Although he was not into prayer and fasting, and for the sake of recruitment, he was cursed by the people (and Haji did not know), but from the time of Haj Hassan Agha to the present, some people do not know that these days “like father like son” is not true anymore. So long before Seyyed Mehdi entered the house, he had entered the house over the wall with light like thieves. From the very day that Gollar (the character of the story) took the berry tray for next door neighbor, and instead of a regular servant, a young man opened the door. He had a military uniform and a curious look. The man did not take the berry tray from her, only carefully and elegantly, he picked up roses over the berries and smelt them, with a gentle smile that was hidden under his fair mustache! Gollar pressed her teeth on her Chador and covered her face with it, and the tray fell off her hand at that moment.

The present book contains a great novel narrating in eleven chapters. Although the novel is apparently a historical novel, the author does not have a history concern, but he is looking for a social reflection of a historical period. The story is extremely emotional and poetic, and at the same time, it proceeds with a very fast rhythm, without edges and deviations, so that the reader should pay full attention to avoid missing the events. Perhaps for this reason, some of the critics have evaluated the story as crowded, but Armin could solve criticism by lengthening the story vainly and tiring readers, but thankfully, she did not do that. She also repeats several pieces of poetry based on the story. She repeats “I Wish There Was No Red Rose” in this story. The writer draws the story of the characters from time to time. The story moves between the time of its narration and its past, a fascinating and creative movement that somehow makes the writer of this book a stylish and an inspiration other writers.

This was Mehdi’s order to go to the party without a cover on the head:

– But if my father realizes, he will die of grief! If he hadn’t died already!

– Discard the words of Kolsum Naneh. If you want to follow them, you should live in the old times! Gollar, my darling, our fathers don’t want to accept the world had been changed.

– But I’m ashamed. I’m shaking just thinking about it. How can I show up among strangers without covering my hair?

– If some of our reputable women become without the veil, others will overcome their fear and learn it.

Mehdi, who has always been kind, become angry. He looked at her harshly and said, “I don’t urge you. If you want to go with the veil, so don’t go! I’ll go alone.”

Manizheh Armin has BA in Psychology and Sculpture as well as MA in Consulting. Her areas of activity are teaching, consulting, research, press works, journalism, reporting, and artworks, including pottery and painting. She is cooperating with many cultural institutions.

Among her works are the following: