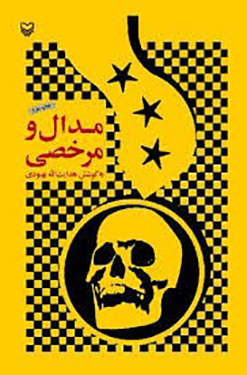 *Honored by the supreme leader of Iran.

The book, “Medal and Vacation,” includes eleven notes containing bitter and sweet memories of a Ba’athist internee.  Reading the memoirs from the language of a Ba’athist, the kind of their look at the Iranian forces and the courage and bravery of Iranian warriors and heroes is remarkable. This Ba’athist internee, in his notes, referring to the crimes of some Ba’athist soldiers against Iranian soldiers, endorses the savagery of the Ba’ath regime forces and knows some of the scenes of the war as the Karbala incident. So far, many books on war memories have been published, but the book “Medal and Leave” has changed the angle of view, depicting the Iran-Iraq war from the enemy’s embankments. The book is very brief, but reading short memories of a Ba’athist internee who has not been named in his book on his own request, is an affirmation of the courage and sacrifice of Iranian soldiers during the eight years of the Holy Defense. Changing the angle of view and observing the battle from the perspective of the two sides will make human aspects more visible in the literature of war.

The present book is a collection of fictional narrative memories of a Ba’athist internee. In this book by a soldier from the Ba’athist regime talks about some Islamic warriors who penetrated into the enemy at nights out of the enemy’s eye and detected dozens of enemy’s secret missions and reported to the Islamic warriors or penetrated among the enemy and delayed their attacks. The soldier of the Ba’athist regime sees how the snow and wind, and the deadly cold, can defeat the enemy, joins the warriors of Islam after observing the fulfillment God’s promises and futility in their battles.

The second friend’s arrogance was more than the first. He felt proud of some Iranian banknotes and an identification card that he had earned after tearing clothes out of an Iranian bloodthirsty body and leaving him half-naked. I am not exaggerating if I say that his words depicted one of the scenes of the event of Karbala in front of my eyes, and once again it displayed that event on the history screen. According to the Iraqi army officers, they were heroes and were more deserving in receiving medals and attention and appreciation than others. They also were more deserving to take leaves, which began tonight after sixty days. In addition, three days were added to their leaves for getting courage badges. 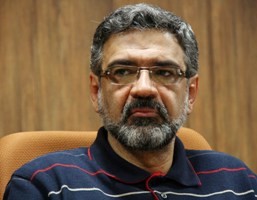 Hedayatullah Behboudi has a BA in History. During this period, Behboudi was responsible for various tasks: head of the journalism and photography department of the Tehran Times newspaper, head of the cultural services department of Iran newspaper, head of the Islamic Revolution Literature Office of Hoze Honari Institute, concessioner and editor of Kaman Journal, editor of Historical Studies Quarterly. He has also won numerous awards at the festivals: the second winner of the eighth press festival in the field of notes, the first winner of the ninthth press festival in the field of editorial, the winner of the Martyr Avini Award (first period).