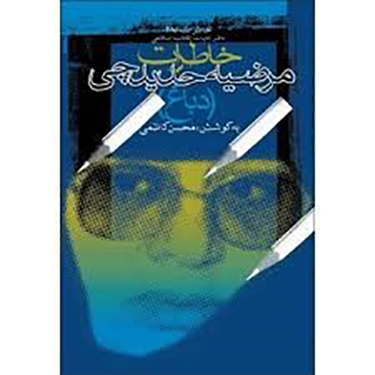 The book is about the adventurous life of an Iranian militant woman. Marziye Hadidchi was born in Hamedan in 1939 and began her studies at Maktab[1]. She benefited from his father’s knowledge of the Quran and Nahj al-Balaghah. He married Muhammad Hassan Dabbagh in 1954. This marriage is the beginning of his life’s transformation. In the early days of married life, she returned to Tehran following her husband. In Tehran, she was able to continue her religious studies. She continued to study and pursued political activities while she was the mother of eight children. Her political activities and movements began with the distribution of declarations in 1961-1962. After the Ayatollah Saeedi’s martyrdom in 1970, Hadidchi intensified her struggle and propagation against the Shah’s regime and eventually was arrested in 1973 by SAVAK. In the Joint Committee, along with his daughter, she endured the most severe tortures and became hardly ill. But when she did not have the hope of surviving, she was released from prison. Dabbagh went abroad in 1974 to pursue his struggles and stayed abroad until the victory of the Islamic Revolution. She passed combat and guerrilla pieces of training at military bases located on the Lebanon and Syria border and, owing to the missions and plans of the group, traveled to various countries, including Saudi Arabia, Britain, France and Iraq, and participated in many of the movements and activities of the fighters, marches, demonstrations and strikes abroad. After the departure of Imam to Paris in 1978, he joined his companions and assumed internal duties of the Imam’s home. After the victory of the Islamic Revolution, Dabbagh returned to Iran and was placed in many positions in many cases, including the commander of Hamedan Guard Corps. She was representative of Tehran and Hamedan for three courses in Islamic Consultative Assembly. In addition, she taught at Iran University of Science and Technology and Martyr Motahhari Graduate School. The vice president of the Association of the Women of the Islamic Republic was another place where she was active.

The author has completed and compiled the book “Memories of Marziye Hadidchi” through conversations with her and using other sources. This book begins with a handwritten of Ms. Dabbagh, and after preface and introduction, it is set in 5 chapters titles “Permeation”, “Emigration”, “Waves”, “Traveling the East” and “Attachments”. The event of the uprising of Khordad 15, 1342 (June 6, 1963), studying at Ayatullah Sa’eedi and the beginning of the struggle, being arrested and tortured by Shah’s agents in 1973, emigration to Britain, political activities in Britain, Syria, and Lebanon, departing to Neauphle -le-Château, commanding the Hamedan Guard Corps and departing to Moscow to convey the message of Imam Khomeini to Mikhail Gorbachev, are among the thematic axes of the memories of Marziye Hadidchi. 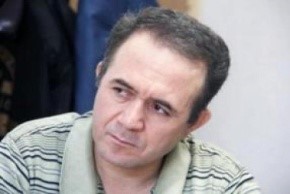 Mohsen Kazemi, a writer and researcher in contemporary Iranian history, were graduated in economics. In 1995, he was recruited as a “Chronologist” at the Army War Education Board, and by 1998 produced a series of reports on field trips by this board. The feature of Kazemi’s works is simple, fluent and scholarly prose that can easily communicate with the reader. The continuity and coherence of his works are such that they take the audience to the end of the subject. Most of the works of this author are considered by other scholars and authors due to the scientific method of research and the use of documents.

Some of his works include: