telegram
Home
books
The Encyclopedia of the Life and the Environment

The Earth was formed about 4.5 billion years ago. At the time, it’s shape was different from what it is today. After a very, very long time, the Earth was prepared to host the primitive forms of life. It took 2 billion years for the Earth’s atmosphere to be provided with enough oxygen. Now, the biosphere was formed. At first, the simple forms of life, as worms, jellyfish, and starfish came to existence. Millions of years later, dinosaurs stepped on the Earth and then, it was time for birds and mammals to emerge. 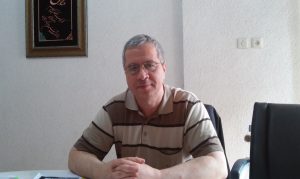 Mehdi Zarghamian was born in Tehran in 1966. He studied French literature and linguistics in the university. A prolific author of children’s literature, he is first and foremost known for the compilation of a range of age-appropriate encyclopedias and dictionaries for 4-16 year olds.