telegram
Home
books
The Longest Ruler of the World

The Longest Ruler of the World 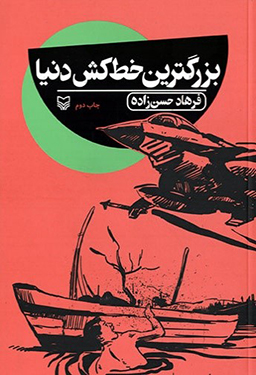 The Longest Ruler of the World

Title: The Longest Ruler of the World

The longest ruler in the world is a collection of stories about the 45-day resistance during the war. The stories of this collection which have been published are as follows:

–The longest ruler in the world

-The girl of cakes made of chickpeas

-Just As a Dry Tree behind the Traffic Light

Stories of this book include social contexts and concepts during the different periods of recent years. Reading each story, the reader sees himself as a part of the picture as if he has entered the frame of the picture of the story. The descriptions of the stories are as follows:

We read in one of the stories.

The mouth of the fourth fish was still stuck in the fisher’s fishing hook. It is dying in my hand. “He is very strong God damn it.” I said to him., “What’s the matter with you? Do you think you are a big shark or a big whale? I took its mouth/lips off the hook. Then I threw it down on the floor of the boat which was still humid and wet. The fish was still jumping and humping up and down and pounding herself to the floor of the boat/canteen and rubbed himself there. He doesn’t want to give up. He’s very clever and diligence. I start rewinding/spinning the string while getting the fishing hook up. I gazed at the fish and told him: “What are you going to do? When you stop jumping up and down, then you’ll finally die like the other three. Therefore you should go to sleep and relax. I’m not in the mood to tolerate you.”