telegram
Home
books
The secret of the Red Gemstone

The secret of the Red Gemstone 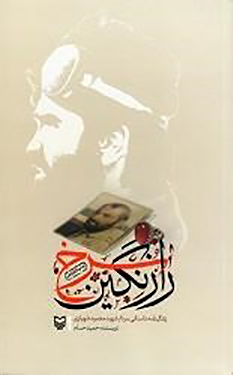 The secret of the Red Gemstone

Title: The secret of the Red Gemstone

Mahmud Shahbazi was one of the great commanders of the Iranian Revolutionary Guard Corps. He played a key role during the revolutionary struggles. During the return of Imam Khomeini, he joined the Defense Committee and then joined the Revolutionary Guard Corps, and while studying in the university, he worked at Headquarters Coordination Office of Guard Corps. After the war began, he headed to the war zones, and later he was appointed as the commander of the Guard Corps of Hamedan due to his courage and competence. Shahbazi participated as the deputy commander of the 27th Mohammad Rasulullah Division in the Fath ol-Mobin operation. He was martyred during the liberation operation of Khorramshahr in 1982.

The book “Secret of the Red Gemstone” is a narrative biography of this Martyr commander, and contains the memories of him from the words of his family and companions. All characters in this story are made by the writer’s mind. The events of this story are a part of the ups and downs of the Holy Defense from the beginning of the war until the liberation of Khorramshahr. The book, which has been narrated in 64 chapters, in addition to introducing the prominent character of Martyr Mahmud Shahbazi, from the beginning brings together the reader with great martyrs such as Martyr Haj Ahmad Motevaselian, Martyr Mohammad Ibrahim Hemmat, Martyr Hussein Ghajehei, Martyr Vozaraei and other martyrs introduced in this book. Among the great commanders and heroes of the Holy Defense, Mahmud Shahbazi can be considered as the great teacher of Nahj al-Balagha. Conquering USA’s spy house, conquering in Fath ol-Mibin operation, and conquering in the liberation of Khorramshahr may leave a trace form this mystic who was escaping from titles. But his greatest conquer was to reach anonymity peak. In this book, there are so many beautiful moments to tell that we are incapable of choosing one.

I wish you say what you do once for all! Are you the Quran teacher? Study engineering? Or are you Basiji?

Mother talked to Mahmud in her mind. She asked, but did not hear any answer. Every time she saw him, her eyes illuminated and she smiled, but she was still worried about him in her heart. Thinking of seeing him leave tortured her. She became nervous and went standing in the yard with Quran and Espand[1]. But this time, she wasn’t in the mood like previous times. She sat near the pool. She lingered and waited for Mahmud. But again she couldn’t tolerate.

Her eyes fell on the plastic watering pot. She got up and wrapped her hands around the plastic watering pot hand, and watered the flower pots in the yard. But again she drowned in Mahmud’s imagination. Her restless minds reviewed childhood and adolescence of her son. Purl of water which was overflowing a pot and pouring on the stairs, brought her back to reality. 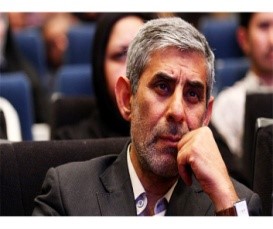 Hamid Hesam is MA in the Persian Literature of Tehran University. He spent his youth on the war front lines, and this made the Holy Defense his main approach in writing and creating his works. Hamid Hesam was introduced to the literary community with the book “The Divers Smells Mint” which is a kind of memoir writing in the field of the Holy Defense literature. Subsequently, he published the book “Secret of the Red Gemstone” in 1999. His works have two special features: firstly, he is familiar with the do’s of writing and has required taste. Figures of speech and description in his works are in a way that illustrates. On the other hand, he writes about the subject and setting that has understood and perceived.

Hesam was introduced as the year figure of the Islamic Revolution Art for writing the book “When the Moonlight Was Lost” (biography of Martyr Ali Khoslafz), in the Islamic Revolution Art Week. Hamid Hesam is currently living with his family in Hamedan and is also collaborating with cultural institutions active in the field of the Holy Defense Literature in addition to continuing to write valuable books on the war and Holy Defense literature. Hamid has been the author of more than 14 books in the field of the Holy Defense like verbal memories, short stories, and stories. Some of them include: