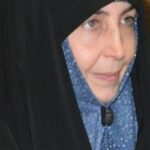 Claire Joubert is an author of children’s literature, writing in both French and Persian and sometimes illustrating for her stories. She lived in Iran since 1983. He has a bachelor’s degree in educational sciences, a master’s degree in children’s literature (distance from the University of Le Mans, France). She was interested in reading books and painting when she was a child. According to her, he is interested in short stories and novels; she is also very interested in reading books on applied psychology, story critique, practical mysticism, memoirs, and, of course, children’s picture books.Joubert has been interested in writing children’s literature since she became a mother and wanted to make her children interested in books. “On the other hand, the kids asked me for stories from time to time, and it happened a lot that I had to make up my own story,” she says. “That’s when I started writing.” It was from this time that Claire Joubert began writing and illustrating for children.

One of the short tales from ”Friendship Series”, about some bunnies who want to compete against each other. But they know that their friend, Pilly Pilly, will win as usual. Pilly Pilly, noticing their sadness, thinks of something… This collection, written for preschool children, consists of 15 stories, of which nine has been published. All the stories are thematically based on friendship and sympathy. The amusing tales and interesting illustrations are created by Iranian expert writers and skillful illustrators under direction of the renowned author, Majid Rasti, executive director of Mehrab-e Ghalam’s Board of Children’s literature. The artistic director of the board is Hoda Haddadi, the internationally acclaimed artist.

Excerpt: “If I had won all by myself, I would’ve had to cheer all alone, like the old days,” said Pilly Pilly, smiling. “And I would’ve been showing off. But no bunny likes a show-off! Am I right?”

The book “Doll Making Workshop” is a three-volume set, entitled “Foufouki”, “Mimino” and “Danino”, that has been written for teaching children how to overcome problems in communicating with others. The stories take place within the atmosphere of the workshop and the titles of the books are taken from the main character of the stories. The set comprises bitter and sweet events of life expressed in simple language for children and by using the doll characters. The text of the books has been written in a very simple and plain language suitable for child readers. The books are also decorated with beautiful and attractive illustrations by the author of the books, which help children understand the stories and their message largely.

Baba Ilya finished the cloth seal doll and named it Foufouki. A girl entered the workshop to buy a doll. She liked the squirrel doll and bought it. Foufouki objected to Baba Ilya that had he made a tail for him, the little girl would have bought him. The two little girls entered the workshop and bought the velvet parrot and the striped elephant. Once again Foufouki raised an objection that had Baba Ilya made wings or a trunk for him the girls would have liked him. Baba Ilya said: “If you remove that frown from your face and smile, you will look more beautiful and children will like you too”. Foufouki burst into laughter and a boy who had just entered the workshop liked Foufouki and decided to take him.

Baba Ilya made a velvet cat doll and named it Mimino. He then put it on the shelf next to other dolls for sale and went about his work to make more dolls. But Mimino, who was afraid of loneliness, protested that: “you should always be with me and pat me”. Baba Ilya, who could not give up his job and stay with Mimino all the time, had to go after his job. Mimino started harassing and teasing the other dolls on the shelf and they began to object and protest loudly.