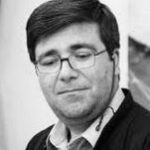 Davood Amirian is the writer who well-known figure in the Iranian children and young adults’ literature. His main interest of subject is war literature. He published his memories of Iran-Iraq war at the age of twenty. Satire and presence of young active and ambitious youths are characteristics of Amiriyan’s works. A lot of his books have been published in Iran and other countries, for instance in Russia. Among them are: 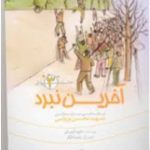 The burning tires’ black smoke filled the street. The sound of bullets and slogans came from every corner. Several soldiers had kneeled and pointed their weapons toward the people. Mohsen crawled army style on the ground along a gutter, picked up a piece of rock and threw it to the soldiers. The rock hit the commander’s head and he yelped, a moment later, a mass of stone and brick rained on the soldiers. The soldiers fled. The people moved toward the US embassy in Tehran, shouting slogans. The crowd reached the embassy’s large gate. The embassy security shot big, red, teargas canisters from the embassy’s yard to the street. Mohsen, along with the other kids, ignited the tires to prevent the teargas dispersion and . . . The third volume of this book, titled The Final Battle, reviews the life of martyr Mohsen Vezvai and includes sections such as:

The Martyr’s Biography; Toward the US Embassy;  ​​The Conquerors of the Spy Nest; I Am a Revolutionary Guard; The Commander; The Last Reconnaissance; The Enemy Artillery; The Capture of Saddam; The Final Battle.