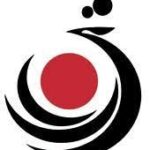 Hezarehe Quqnoos Publications was established in 2004. From that time until the present, it has published more than 600 titles in different fields. One of the goals of this institute is to support new and beginner authors in literature especially poems and stories.

Fields of published books include: 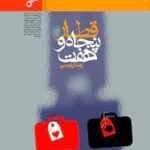 The story of the novel that has been written on the subject of the Islamic Revolution is a story about a group which despite its role in the revolution, gradually are being deviated from it.  The story continues with a meeting by some left underground groups, and the attack is started by SAVAK. The main  SAVAK target was “Ghamat” as the chairman of the group.

Reza Rayesi, born in 1960 is a writer, filmmaker, journalist, and researcher. He is the author of several novels and books.

I do not want to be president 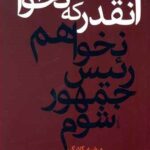 This is a long story about the relationship among the members of Iranian families, which has been associated with the social issues of Iranian society in recent decades. The narrator of this book is a girl named Goli who loves a boy named Mohsen. The story often focuses on the issues of children and their place in families and their relationship with parents.

Marzieh Golabgir Isfahani was born in 1973. She is the only daughter of the Isfahanian family who, unlike her desire, completed his university studies in biology. The love of the arts and literature forced her to learn painting and fiction at the same time as studying at the university.

A kilo of moon 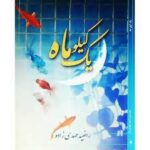 This book discovers the bond between a single mother and her son. She has lost her husband in war but she never believed this trauma so that she was living with the hope to see her husband again. Until the day that she saw her husband and …

Razieh Mehdizadeh was born in 1984 in Iran.  She is studying creative writing in New York City and explores merging novel writing ideas with her experience of living in Iran. She was honored with MFA in cinema studies and attained her undergraduate degree in philosophy.

The rain behind the window 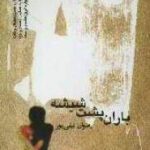 The subject of this book is social. This book is a collection of 21 short stories that won several literary awards.

This book is A new Genre in Persian literature. An ironic introduction to the private sphere of mystics, philosophers, psychotherapists, and theologians that are fighting with each other; Much Ado About Not! Dr. Abdolhamid Ziaei, Author of this book is the teacher of philosophy and mysticism and simultaneously he is a poet… 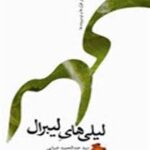 It is a small book encompassing diverse questions( mostly modern ones), which pertain to the prevailing classic concept of “love”. Being a controversial issue, love is considered to be at the core of all interpretations in literature all over the world. In this book, the author has delineated the nature of love itself, explicating and illustrating plenty of examples. Recoursing to the various perspectives and views including Sociology, anthropology, psychology, and philosophy. The author has broached the subject of love proposing different intrinsic and basic questions on the nature of “love” itself. Is there any relation between erotic love and real love? Is terrestrial love against the “salvation”? Does it avoid salvation? Does love exist at all? Or we only might gain a kind of ‘ situation/ condition for love rather than love itself? This book has been published by Hezareh Ghoghnoos publication. 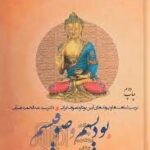 This book belongs to the category of the Sufism (Islamic mysticism) comparative studies in which the author has attempted to display and explicate the affinities and congruities between “Buddhism” and Iranian “Sufism “. The author has focused on the notion of “human suffering” and the ways to be released from those sufferings rather than the philosophical theories in this regard. ” Buddhism’s significant impact and impressions on the Iranian ” Sufis ” who were from Khorasan is accentuated in this book through overlapping the specific features, stuff and rituals encompassing the ” Rosaries, Monasteries, fasting, roaming, wandering and imploring, and similar concepts such as ” Sympathy, tolerance, reverence to the other religious sects and cults, etc.