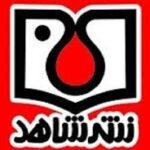 Navid-e Shahed Publications officially began its work in the year 1989 by publishing books relating to subjects such as self-denial, forgiveness, sacrifice, the history of Islamic Revolution and Iraq’s Imposed War on Iran. This publication has published nearly 1245 titles. Some of the published books have been welcomed by the audience and have been reprinted several times.

Most of the books of Shahed Publications are published in the field of Humanistic-Islamic literature and for the children, adolescents, young adults and adults’ age groups in the format of the documentary, research documentary, biography, memoir, story, fictional biography, novel, research, and poetry.

Shahed Publications, in order to develop and expand highly valued Humanistic-Islamic concepts such as forgiveness and sacrifice and the expansion of altruism and peace in the world, has focused on translating and publishing books in various languages ​​the in recent years.

The professional presence at the international book fairs in recent years has provided a platform for the implementation of these goals. So far, with the participation of publishing organizations abroad, 47 titles that were already published by this publication institute have been translated into foreign languages ​​and made available in the countries of destination.

Shahed Publications, during its many years of activity in various departments and due to the quantitative and qualitative enhancement of the works and the focus on technical and book layout principles as well as its activities in the field of book translation has earned a number of prizes at the national and international levels. 125 book titles by this publication institute have been acknowledged or appreciated at various festivals in Iran. Moreover, among all publishers of Iran’s culture, it has been selected as the exemplary or distinguished publisher for nearly a decade.

Some of Bestsellers titles of the Navid-e Shahed Publication House:

– The One Who Never Gets Lost

– A Palm Tree for You

– Shemr and Saddam and His Followers

– Maradona in the Enemy’s Trench

– It is Almost 5 O’clock in the Afternoon

– Glin, the Bride in Red

– Three Portrayals of a Man

– I Ran to Keep Pace with You

– A Teacher on the Run

– Who will Take the Trigger?

– The Wailing of Reed Beds

– The Secret of the Pine Tree

– A Gale from the Desert

– It was neither Day nor Night

– Look at Those Eyes 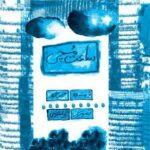 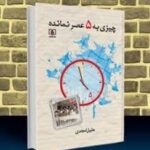