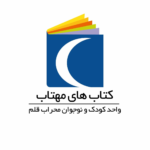 Mehrab Ghalam Publishing House was established in 1981 by a number of writers, cultural directors, and teachers for children and adolescents.

Since its establishment, Mehrab Ghalam has published many works for its audience in the fields of science, education, literature, art, and all kinds of reference books, i.e. general and specialized encyclopedias, and language dictionaries. The use of numerous councils and top experts in publishing books is a distinctive feature of Mehrab 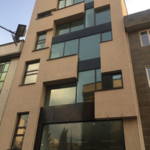 Utilizing the best writers, illustrators, editors and graphic artists of the country have hugely enhanced the scientific and artistic level of Mehrab Ghalam publications’ books.

Mehrab Ghalam is ready to talk and interact with non-Iranian children and adolescent publishers to provide a platform for the exchange and development of written culture for all children in the world.

4 – Distinguished publisher of the country’s Public Libraries Agency in 2010.

5 – Three book titles, The Ruler’s Whistle and The Dwarf King and One Thousand and One Legends in five volumes, were awarded as the country’s books of the year and acknowledged books in the years 1987, 2007, and 2019.

6 – The book Two Angels, Two Brothers was awarded as Velayat (religious supreme leader) book of the year in the year 2000.

7 – More than a hundred book titles recognized as distinguished, acknowledged, and appreciated books by domestic and overseas cultural centers. 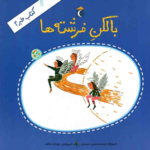 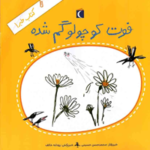 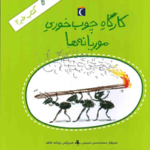 Now that schools are virtual, we also have a bunch of school news, all of which are fresh. That means no one has ever heard such news in his life! (Except for those who have just read our Newsbook.)

However, our news is not true. However, what’s wrong with that? During the day, we hear a lot of true news, but none make us feel good. Instead, everyone enjoys listening to our news. Especially for children who have just learned to read and write. Or they have just started to read a book with the help of their teacher and parents. Because Mahtab (moonlight) News Book is written for primary school children. Nevertheless, older people can also enjoy reading it.

There is more! It can be said that this book is also a kind of children’s poetry. So, if you like poetry and you hate the real news, we recommend that you read the News Book! 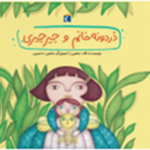 This collection, written for preschool children, consists of 15 stories, of which nine has been published. All the stories are thematically based on friendship and sympathy. Iranian expert writers and skillful illustrators under direction of the renowned author, Majid Rasti, executive director of Mehrab-e Ghalam’s Board of Children’s literature, create the amusing tales and interesting illustrations. The artistic director of the board is Hoda Haddadi, the internationally acclaimed artist.

Encyclopedia of Iranian History for Children 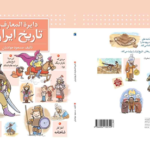 This book acquaints children with the history of Iran, from the distant past to the contemporary period.

First, this encyclopedia contains amazing ancient relics that highlight the ancient Iranian civilizations. Monuments such as the Burnt City and Jiroft.

Then the civilizations of Elam and Assyria, the migration of Aryans and thereafter, the emergence of Zoroaster and the rule of the Medes and Achaemenids are mentioned, Darius and Cyrus and Xerxes and so forth.

The author then mentions the invasion of Alexander and the formation of the Seleucid state and then, the Sassanid dynasty.

The rise of Islam and the Arabs invasion and the formation of Iranian governments such as the Samanids and Ghaznavids, etc. is another part of this encyclopedia.

The next part of the book begins with the powerful Safavid rule, King Ismail and King Abbas, etc., and then continues with Afsharid and Zand dynasties.

In this book, in addition to familiarity with the history of Iran, children also get acquainted with the customs, rituals, and religions of different periods and the scientific and cultural developments and personalities of each period. 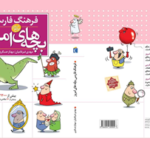 The Persian Dictionary of Today’s Children, with more than 3,000 terms, 160 scientific articles, and 600 pictures, is a suitable reference for students in the last years of primary school. This book is the first student Persian dictionary that in addition to defining words, provides a lot of scientific information to the audience. In this dictionary, there is also information about grammar, the origin of borrowed words or foreign words common in Persian, synonyms, and antonyms, and words with the same root.

The use of Persian dictionaries, in addition to expanding the vocabulary of students, significantly enhances their comprehension and linguistic intelligence.

It should be noted that having the comprehension power and language intelligence will lead to students’ progress not only in Persian language lessons but also in sciences, mathematics, and English language.

The Encyclopedia of Prophets

Encyclopedia of Prophets depicts the lives of all the prophets in chronological order as mentioned in Qur’an and cites their sayings according to the Muslims’ Holy Book. Encyclopedia of Prophets, first publish in 2016, has sold over 50,000 copies. The simple language of the text accompanied by multicolored lively illustrations makes it easily accessible for primary students who are interested in Qur’an and religious studies.

Index of Names of the Quran

Encyclopedia of the History of Science in Iran

Encyclopedia of the Prophets

Encyclopedia of the History of Islam

Encyclopedia of Money and Life

Encyclopedia of the City and Life

Encyclopedia of Environment and Life

The Secret of Proverbs

Proverbs and Their Stories (12 volumes)

The Sea of Flying Oyster