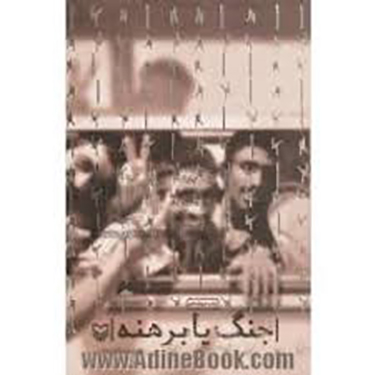 The book “Barefoot War” is a narrative of the war, the warriors who stood against armed to teeth enemy and bend over backward. In return to home, they get bored of the materiality of the society and continue to live in their huts against palaces of the rich in the lap of luxury. In his memoirs, the writer quotes the pain of those who have provided youth, health, and well-being, of themselves and their families for the Islamic revolution, but in return, they are subject to unkindness. In his memoirs, he described surrounding of warriors by Iraqi forces, breaking the surround with the sacrifice of one of the warriors, the martyrdom of the commander of the battalion, the situation of the wounded, the warming up, retreating, the situation and condition of all his companions in the combat operation, and their efforts and the memory of his companion martyrs. In the end, he speaks of his return to Tehran after accepting Resolution 598 and his normal life as a teacher.

This book has 24 stories and at the beginning of each story, there is a verse from the Quran that is related to the story. The writer portrays beautifully the hard life of the barefoot warriors alongside the colorful swampy life of the rich. The book is a reflection of the suffering of barefooted people, which, in comparison to the sacrifice of them, seems to be painful, bitter and unacceptable. In other narratives of this front, the most prominent and sweet thing is the humility and neglecting their works against the work of others who have tried and wore on other fronts but against the same enemy and for the love of God. Although the danger is not the same in all fields, they should not consider all those who were not present in the front as earthly people with earthy attachments, and they should not le the others down because of the trouble and suffering that they themselves have born for the sake of God. These traits are pure and the righteous. The book “Barefoot War” is written in the form of daily notes, but relies on narrative-fiction techniques.

Here is Aqaba battalion. The main bath is here. Every day, the food car brings a number of guys to bathe here. Meanwhile, the reserve troop rests here. It is said that groups of Tehran citizens have come to visit the fronts, and a group will come here today. It is said that some chefs have also come to cook a meal for warriors. Today the goods truck has also come. The truck was full of the granted goods from the prayers of the Mosque in Tehran. Mousapour has brought lemon juice and black shawls for the battalion. Muharram in this year will be held in the hearts of the guys because the community behind the frontline is problematic. Mr. Seyyed and Mr. Mustafa are still looking for handling the cars and facilities of the battalion. The ambulance has still problems. Some people come and say, “They came!” Guys come out of the shed to welcome them. The procurement guys have made a beverage. The white roof of the bus emerges from the top of the embankment of the headquarters. The bus crawls slowly, passes through the interval between the two embankments, called the entrance door, and enters the headquarters. On a dusty bus, there is a cloth on which it says, “Pilgrimage Caravan of Light Fronts against Darkness; Workers of Shahr-e Rey Textile Factory”. The shine of joy sprouts in the eyes of everyone, because all the barefoot are coming. Among these barefoot people, everyone has a friend, and my friend at Shahr-e Rey Textile Factory is “Mashhadi Ali”, father of Morteza. Morteza is my closet friend. He is the man of the front. 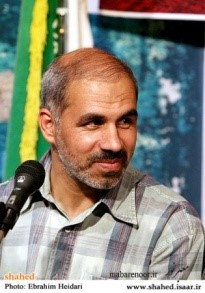