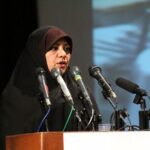 (1968-Hamedan) is one of the most talented and active Iranian women writers who have been able to create valuable works, especially in writing diaries about the events of the Iran-Iraq war. Welcomed by Iranian readers and literary circles. In addition to the book’s compilation, Zarrabizadeh has worked closely with the cultural institutions active in the field of sacred defense literature.  So far, more than 250 literary works and stories have been published in periodicals including magazines and other publications, and dozens of titles have been published, among which are the followings:Girl of Shina (Shina’s daughter), Sooreh Mehre,The Eleventh Rosary, Sooreh Mehre, Haji’s District, Sooreh Mehre, Shell Bird (Shell’s chicken), Sooreh Mehre, Snowman, O’rooj Publishing House, It was Tuesday, Sarir Publishing HouseBehnaz Zarrabizadeh has won numerous honors and  awards from literary festivals including: The first place in the reader’s and adolescent story,  Admired in two rounds of Isfahan Literary Award, Admired n the ninth and tenth courses of the Holy Defense Writers Festival,…. 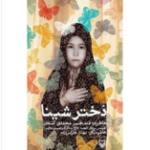 At the beginning of the story, the narrator’s childhood days are narrated in her village. She was named “Ghadam Kheir” because she brought luckiness, and she was deeply concerned by her parents, Haji Agha and Shirin Jan, and she is more interested in her father than everybody. This interest made her not willing to get married and she was trying to get rid of marriage anyway. But the presence of Samad and his proposal to “Ghadam Kheir” and the mediation of the neighborhood elders suddenly bring this favorite teen girl to a much deeper and wider world than her children’s home. Before marrying Samad (whose original name is “Sattar”), Ghadam Kheir flees, again and again, his look, as if from the very beginning, separation and desolation have been destined in their fate. Samad joined military service. After marrying, he traveled from the village to Tehran for working but returned for a few days. Shortly thereafter, the Revolution of 1979 and the uprising of the people distanced between them. Then the war began and eventually the martyrdom separated them until Ghadam Kheir’s death. As if from the very beginning of her marriage, Ghadam Kheir had gone to her solitude home. In the various parts of the book, we observe her worry and impatience. However, she seems she has accepted her fate, accepted Samad’s absences and bad promises in the critical moments of her life, including the births of her children, although sometimes the life pressure comes out of her bearing, but for the sake of her children, she is resistant and firm and takes her life steering in the stormy ocean of the fate. The book “Daughter of Shina” is the memories of Ghadam Kheir Muhammadi, the wife of Martyr Sattar Ebrahimi. This book is the story of the love life of a rural girl living in the days of the war, and despite belonging to the literature of resistance and war, it is a work that narrates life with all its hardships and pleasures. 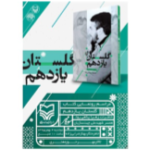 “One moment I glanced at the mirror. Ali Agha (Mr. Ali) was staring at me. I was embarrassed. I quickly looked the other way and bowed my head. This was the first time Ali Agha was looking at me like that.” These sentences are excerpts of the story while narrating the first moments of the two main characters of the book’s life together: Zahra Panahi’Rava and Ali Chitsazan, one of the commanders of intelligence and operations in the Iran-Iraq war. The book begins with a beautiful introduction, where the author finds out that the main character’s home (his family’s home) has been located exactly opposite his, while he has been unaware of it for so many years. The house has been where many of the bitter and sweet moments of the story were recorded and the author had until then been unaware of it. The story begins when the joint matrimonial life of the main character of the story physically ends by his martyrdom. This writing characteristic and style which appears in the very first chapter causes the reader to face the rush of narrator’s emotions, where the narrator gave birth to his child and like every other woman has the most emotional and supportive needs of a husband after giving birth to her infant. But suddenly she remembers that her husband, is martyred in Mawoot distinct thirty seven days ago and she should tolerate and continue her life with his child (the only means of remembering him)/memorial without his physical presence