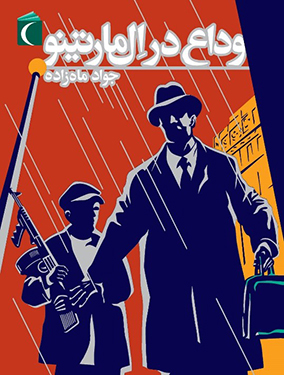 The 2nd World War has been over, but Michael’s life is still affected by postwar vendettas. His father, a former Nazi officer, is now a member of a mafia group run by Don Carlos who tries to track down and assassinate Hitler’s former opponents all over the world. Accompanying his father, Michael is a witness to a long concatenation of shockingly brutal events including his own father’s assassination after disobeying Don Carlos.  First published in 2016, Farewell in El Martino has sold over 20,000 copies. Dealing with the 2nd world war aftermath, the novel may be regarded somewhat as an alternate history fiction. It is also recommended for readers who enjoy thrilling crime novels.

Excerpt:: Once mom told him, ”All your friends are fascists- a bunch of retarded jerks. You don’t understand that the world is progressing.” ”I totally understand it. The world is progressing and its road to progress goes right through my butt hole,” father replied, blowing a raspberry. They both laughed. Mom raised her wine glass for him. ”Then to you,” she said, ”who believe in progress and receive it with such enthusiasm!” Javad Mahzadeh (1979- Tehran) is a drama graduate, journalist and skillful writer who has been awarded the Flying Turtle silver medal of 2014 for his previous novel, Reyhaneh Narges’s Daughter.