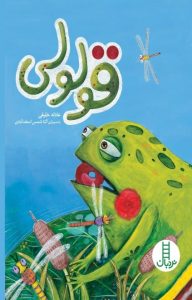 One morning, as the frog wakes up and stretches his tongue to hunt a fly, his tongue doesn’t get back. Other animals have different problems but who knows what’s happening to them. Finally they figure out that the reason of all these problems is the trashes people throw into the lake. People throw trashes into the lake that damage the life and health of animals that live in the lake. Now they should find a solution.

Green Nardeban is the environmental part of Nardeban books that publishes books about environment and its problems. This book is about the pollutions made by humans in nature. The writer, with a simple language explains the children that go to the nature for a picnic and throw their trashes into the nature carelessly and the problems which occurs to animals that live in these natural habitats.

In a part of the book we read:

Sixth part of hospital was crowded by sick birds and animals and even there were some sick fishes, an old turtle that used to eat plastic so they didn’t bring him any medications. The turtle was so weak and everybody in the hospital believed he will die soon. On the left, there was a

seagull that was stuck in a plastic bag and all his feathers were shed because of the heat in the bag. 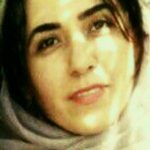 As she says, she was born on a winter night in 1984. She started writing from Institute for the Intellectual Development of Children and Young Adults and has repeatedly been nominated for various awards in the years she has been writing for children and young adults. Her simple language and consistent narrations are the main strengths of her works.