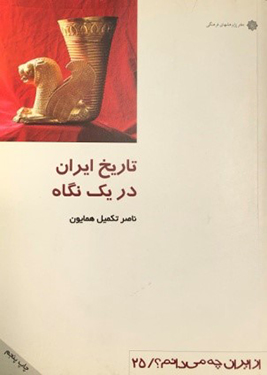 Subject: What do I Know about Iran?

The history of Iran concerns the story of a people who have inhibited a vast land, later known as Persia, which included the Iranian Plateau covering an area of about 2,600,000 Km².

Persia, the habitat of Iranian people, extended from the River Sindh and Pamir Mountains in the east to the Mesopotamian Plain and Asia Minor in the west; from the Caucasian Highlands and Aral Sea in the north to beyond the Persian Gulf and the Sea of Oman in the south. From this extensive territory only 1,648,000 Km² of area is known as the country of Iran today.

The book in hand presents a brief overview of the history of Iran (Persia) over the course of seven eras, namely: 1) the prehistoric era, from the beginning of human life on this land up to the formation of the most integrated kingdom of Iran (the Medes); 2) the ancient era, from the Median Kingship to the Muslim conquest of Persia (the Achaemenids up to the Sassanids); 3) the Islamic era, from the conquest of Persia to the end of the Abbasid Dynasty in Baghdad; 4) the middle period, from the Mongol invasion up to the Safavid era; 5) the new era, from the Safavid Dynasty to the Afghan invasion and the Afsharid and Zand dynasties; 6) the contemporary era, from the formation of Qajar Dynasty to the Constitutional Revolution and the 1920 coup leading to the Pahlavi era; 7) the current Iranian history, from the beginning of the Pahlavi Dynasty up to the Islamic Revolution of 1979. 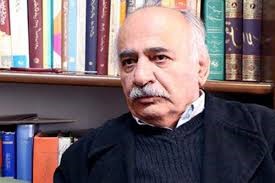 Nâser Takmil Homayun was born in 1936 in Ghazvin, Iran. He earned two Ph.D.’s in History and Sociology (in 1972 and 1977 respectively) from the Sorbonne. He has researched the sociological history of Iran extensively. His published works include: The Social and Cultural History of Tehran (3 vols.); Six titles in the What Do I Know about Iran? Book series; The Educational System and Institutions in Ancient Iran; and over fifty articles that have been published in Iranian scientific and cultural publications.