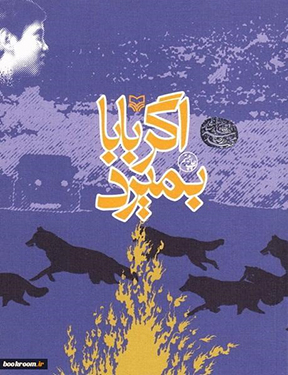 It is winter. Snow covers the whole village. No one can enter the village and there is no way out of the village. Meanwhile, Esma’il’s father gets pneumonia. Something should be done! But there is no doctor in the village. Everyone is sitting around the sick father. The younger brother asks Esma’il, “Brother, what can we do if Dad dies?” Ismail gets up. He needs to visit a doctor in the city and get medicine. But it is winter and the roads are snowy, and it will be the night when he returns and there is the risk of the hungry wolves attacking. Some people try to dissuade Esma’il and suggest, “We pray that your father will be fine.” But Esma’il believes that he should move in addition to pray. He believes he needs to do something.

The story “If Dad Dies” is a precious and sophisticated story in which Muhammad Reza Sarshar describes the concept of waiting well and in a fluent and simple language. “If Dad Dies” is the story of waiting, a responsible and hopeful waiting. So far, with the passing of at least three generations, this book continues to be popular among adolescents. The setting of the story is very intimate and its atmosphere is one of the beautiful areas in the northwest of the country. It is very memorable and with attractive nodes and suspensions. It is a technical story that contains all the story elements. This book is one of the rare books that have gone beyond 100,000 reprints.

Suddenly, the sound of a lot of barking dogs resonates in the dark plain. Four wolves stood right in front of us. It seemed like the barking dogs had transfixed them. Mashhadi Ghasem shouted, “Guys! Come on behind the fire!” I and Borujali came to the fire and stood beside Mashhadi Ghasem. He was sweating from fear. The knees of all three of us obviously shuddered. We thought everything was over. At the last moments, various thoughts spilled into my brain. How painful it was as if the wolves tore us off and the dad died. Then my mother and my sister and brother would die of grief. Suddenly a hand threw me to the ground, and then I heard Borujali’s voice saying: “Lie down on the ground!” 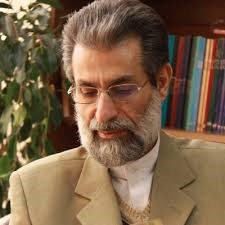 Muhammad Reza Sarshar,Iranian well-known writer and literary critic, studied industrial engineering. A few of his works got published before the Islamic Revolution, but most of them have been released after the Revolution. Sarshar’s stories have got a religious ambience. However in some of his books, he made his best to introduce outstanding historical and religious figure. Another theme mostly seen in his works is Iran-Iraq war. He is the member and the chairman of Iran Pen Association. Some of his books have been translated and published in other countries. Among his books are: