Imam Reza (A.S.) and the Relationship between the Reason and the Religion 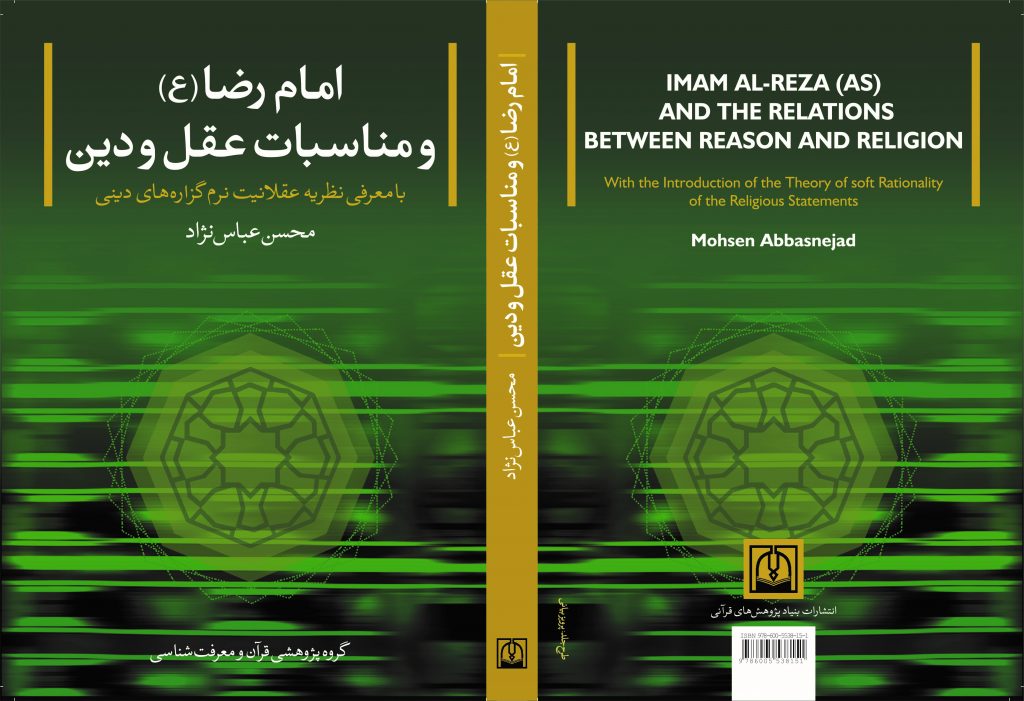 Imam Reza (A.S.) and the Relationship between the Reason and the Religion

Title: Imam Reza (A.S.) and the Relationship between the Reason and the Religion

Explaining the relationship between the reason and the faith has been among the oldest distinctive issues with in the history of the religion. Having critically examine the meaning of the reason, the verisimilitude of the cognition and source of knowledge, this book would be then investigate the relationship between the reason and the faith from the Islamic perspective based on Imam Reza(a.s.)teachings. As for the doctrines regarding the relationship between the two, the views of those Muslim and Christian scholars who believe in the impossibility of rational explication of religious propositions including the atheists, Positivists, discourse analysts, Fideists and the adherents of reformed epistemology from the Christian world and the traditionalists (Ahl al-Hadith),Sufis, the Akhbaris, and the distinction school from the Muslim world are critically examined.

The author would then present a new perspective called “The Theory of Religious Propositions’ Soft Rationality”, trying to defending the possibility of rational explanation of religious beliefs in a novel way by proving the equal rationality of religious and scientific creeds through 4 principals and examining the soft verifiability of religious propositions and their flexibility within a well-defined framework.

Examining the relationship between the reason and the faith from the ethics point of views= by investigating different decrees of regarding the origin of the ethical decrees of the authors in question and deciding whether the ethical statements are of Akhabari or compositional nature, a new theory called ” The Attributive Theory in Ethics” would thus be proposed within the realm of ethics philosophy, followed by careful examination of the mutual requirements of the ethics and the faith. Proper understanding of the relationship between the reason and the faith is one of the main challenges faced by religions Mutakallimun and the theorist of the religions science from one hand and those interested in mingling theology and science on the other to which the author attempts to respond by offering two new theories.

Part I: Sources of Knowledge

Part II: Relations between Reason and Faith in the Sphere of Beliefs

-The Theory of Soft Rationality of the Religious Statements

Part III: Relationships between Reason and Religion in Ethics, the Theory of Ethics Based On Divine Attributes

-Mutual Needs of Religion and Ethics