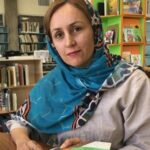 Some of her works:

-The Girl with White Ribbon

-The One who brushed my hair

Title: The day the little mouse was born

The little mouse is so small that his siblings wouldn’t let him in their plays. But he knows well how to help them in dangers and make them open-mouthed! The story of this book is similar to one of the tales of Saadi’s Golestan. The tale is about an ugly boy who is shorter than his brothers and everybody thinks he wouldn’t have a successful life. Read the book to find out what’s the similarity of the story of our little mouse and the tale of the ugly boy.

The little mouse that now is the chef of the ship, has really scared of the shakes of the ship, and he has made the captain angry with his grieves, and captain is thinking to throw him in the water … But this time, something different is going to happen for him. The story is similar to a tale of Saadi’s Golestan. The tale of the merchant who rides a ship with his coward apprentice… Read the book to find out how our little mouse is similar to the coward apprentice on the ship. 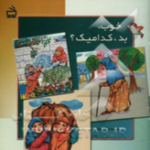 The three-volume book entitled “Good, Bad, Which One” has been written with the aim of teaching social concepts to children in the form of a collection of interesting short stories. Each volume contains several short stories written in simple language, which can be easily understood by children. Each story is accompanied by beautiful and colorful illustrations, which, in addition to their visual attractions, help children understand the stories and receive their message.

The collection has been widely welcomed and liked by the Iranian children. However, since the target group is not limited to a specific group of children within particular geographical boundaries, they can prove to be useful and welcomed by all children around the world.

It was break time. We were standing in the schoolyard. Everyone was eating his or her snacks. Sarah arrived. She had a piece of newspaper in her hand in which she had put a handful of dried sour cherries and was eating them joyfully.“Where did you buy the cherries from?” Sanaz asked. Sanaz said: “Hadn’t the Madam Deputy Principal say not to buy anything from the street vendors?”Putting more of the cherries into her mouth, Sarah responded by saying: “So what, nothing is going to happen”.An hour later Sarah began to be in great pain in her stomach and was turning and twisting with pain. The school principal called Sarah’s father to come and take her to a clinic.This book contains nine short stories with the following titles the objectives of which are to remind children of nine important issues in the field of personal health and hygiene.- The story “Good You Reminded Me” deals with the issue of avoiding shaking hands and/or kissing people who are unwell.- The story of “The Glass of Water”, discusses the issue of not using other people’s personal items.- The story “In Front of the Fan”, teaches children as to why they should not sleep under the direct wind-bow of a fan or an air cooler.- In the story “The Mask”, children are reminded to use a mask when they are sick.- The story “The Handkerchief” deals with the use of handkerchiefs at the time of coughing or sneezing in front of others.- The story “Evening Snack” tells children why they should wash their hands well with soap and water before eating.- In the story “Sour Cherry”, the issue of not buying food from street vendors is dealt with.- The story “The Injection”, reminds children not to oppose it when the doctor prescribes the use of injection for them when they are ill.- In the story “The Germs”, children are asked not to go to school whenever they get sick.

Somayeh said: “Father, why are these drivers honking so much? I am getting a headache.”

“They are both honking and disobeying the traffic rules,” the father said.

“It is because everyone wants to reach his destination faster,” said Saeed.

“Incidentally, with this kind of driving, everyone will reach where he wants to go quite later than expected”, said the father.

“You see, children,” said the mother. “All this is due to disorderliness. If the order was observed, everyone would arrive on time and no one would not need to blow the horn.

“I want to take my head out of the window and ask them not to blow their horn,” Somayeh said.

The father sighed and said: “I wish everything would behave correctly by your telling. Nothing will be right unless we follow the rules and regulations in everything.”

This book contains eight short stories with the following titles the aims of which are to make children aware of eight important issues concerning order and orderliness.

– The story of “Saeed and Somayeh” deals with the issue that the absence of order and orderliness in personal affairs at home could lead to problems and chaos in everyday life.

– The story of “The Glass of Water”, discusses the issue of not using other people’s personal items.

– The story “Painting on the Wall”, discusses the ill effects of avoiding order and orderliness on individuals and their families.

– In the story “The School Bag”, reminds children of the importance of attending to their duties on time.

– The story “A Promise is a Promise” deals with the issue of doing things at the right time and in the right way.

– The story “The Heater’s Flame” deals with the need for respecting other people’s rights.

– The story “The Picture on the Wall”, reminds children of the importance of asking their elders for guidance in doing things.

The story “Honking the Horns”, teaches children that abiding by order and orderliness in their daily affairs would automatically resolve many problems and difficulties. 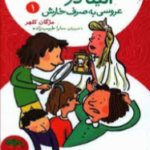 My name is Elina. My friends call me Eli. I love going going to the parties, pizzas, and cellphones. But of course, I don’t have my own cellphone so I have to beg my mom to give me hers. I want to tell you two secrets: I hate homework and Fresh-herb Kuku. Isn’t Elina all of us? She is an absolute powerhouse, who seeks adventure and fun and runs away from discipline and homework. Elina has the most imaginative mind around her and with her little brother, Mani, and a few good friends, she wants to make the world a better place. But first things first, she needs to ditch her mom and their nosy neighbour, who is an old lady