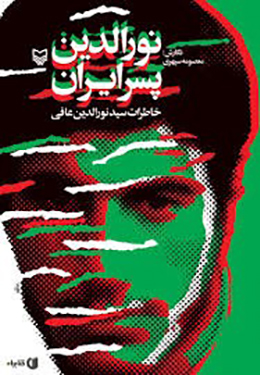 Seyyed Nooraddin A’fi was born in a village near Tabriz in a populous family. During the Revolution, he participated in marches and revolutionary activities. With the onset of the war, he wanted to set off the front, but he was not accepted because of his young age. He repeatedly and repeatedly proceeded, until he finally succeeded. When he set off the war zone, his younger brother, Sadegh, went along with him and was martyred in a bombardment of the Iraqi air strike against the eyes of Nooraddin. Twenty-four shrapnel shells struck the body of Nooraddin. He participated in many operations and was repeatedly wounded and, although he had 70% disability, he returned to the front every time after a relative recovery. At age 18, his face is completely lost its shape due to severe injuries and surgeries. After the end of the war, he went to Germany for treatment and underwent surgery again and, at his request, went back to Iran before the deadline. Nooraddin still has physical and nostalgic distresses away from his martyred friends.

The book, “Nooraddin, Son of Iran”, though addressed to the thoughts of an Iranian teenager, has been well depicted Iranian features, such as intimacy, honesty, frankness, simplicity, modesty, fearlessness, and martyrdom. In addition to having a fluent and eloquent text, the book also contains attractive visuals that tell the story of the text from the beginning to the present as a visual narrative. The story of Seyyed Nooraddin memoirs is very sweet and readable. The writer’s efforts to maintain the grace and humor hidden in Nooraddin’s words are also noteworthy. The supremacy of this book to other books in this field is in the form of looking at memories and restating the memories of the days of the war life, because in other books the events are more mentioned than life during the war, and in this book it was tried to show courage and fear, defects and completeness, hope and hopelessness alongside. The Book of “Nooraddin, Son of Iran” is composed of eighteen chapters and annexed pictures and concordance.

The literate and eloquent leader of Iran said about the features of this book, “This is also one of the most beautiful paintings of the active and miraculous page of the 8th year of the Holy Defense. Both the narrator and the writer truly did their best. Among the prominent features of this book are the blending of these memories with satire and the sweetness arising from the intrinsic taste of the narrator, were well placed in the text by the art of the writer, as well as the clarity and daring of the narrator in expressing the angles that are not commonly spoken in the memories.” 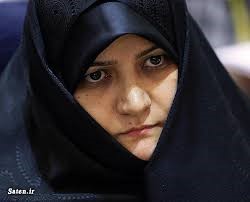