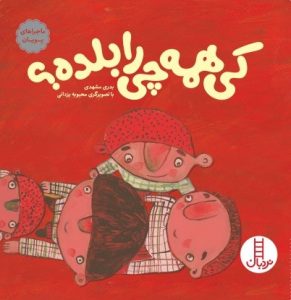 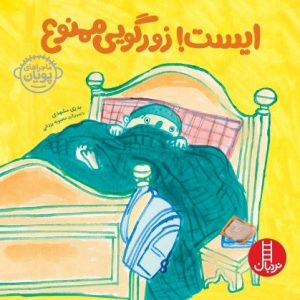 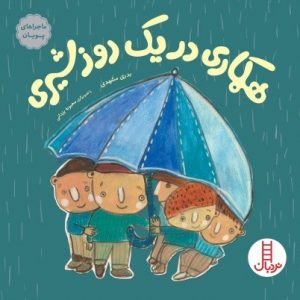 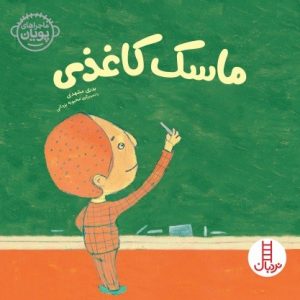 ‘Pouyan’s adventures’ is one of red Nardeban series or the life skills books. In this four-volume collection, writer has tried to train one skill in every book, according to the list of WHO Organization’s list of life skills. An important point of this collection is the story’s atmosphere that is happening in a school and the reader usually comes up with different events that may have experienced some of them in the school, and that’s how the story teaches the essential life skills indirectly and through those events.

Vol.1: Who Knows Everything?

It’s the first day of school and Pouyan encounters new friends and enters some adventures and finally figures out that nobody knows everything and everybody has its own special abilities that are not reason to his superiority, nor reason to his shortcomings.

All the writings were written with black marker but only the writings on Iman’s T-shirt were neat and beautiful. Omid himself hardly could read his handwriting. When teacher came to me, she was interested in my drawings and the things I did and applauded me and said: very nice Pouyan, what a beautiful thing you did! Instead of writing, you painted your jobs.

Farbod said: can I talk ma’am? Pouyan can’t write so he paints.

Teacher laughed and said: what about you Farbod? Can you do everything?

Vol2: Cooperation on a milky day
978-964-389-925-7
A rainy day, the physical education is canceled and class children have to compete each other and make handicrafts. They are separated into different groups and the competition starts. Some kids are cooperating and their job is done better and some can’t finish their handicrafts in the due time. In this story, kids get familiar with the concept of cooperation.

Sahand, Iman and I wanted to make a farm with a lot of cows and sheep. Farbod Said: I call for drawing and cutting and sticking. Their teacher was walking around the carpet and gave Farbod a piece of paper and said: do you think the leader should do everything alone? If you want to be a leader, write members’ names on a paper and then write their professions in front of their names.

A bully called Omid annoys Pouyan and his friends. One morning Pouyan mixes all the nutrients in their house and makes a magical mixture to defeat Omid but he gets poisoned and his mother finds out and recommends him to make a group with his friends. When they are together, Omid cannot defeat them. This book explains the logical ways of confronting peer pressure.

I told mom: Omid teases all the boys who are weaker than him. He gets our stuff without permission and eats our foods and every day, one of us should bring her backpack to his house. Also he has a boss who is at fifth grade and is so much bigger than him and if I got stronger, Omid can’t hurt me.

Mom said: well, you can make a group of weak boys. when you are together, Omid can’t tease you.

Paper Mask is about a new student who is mocked by other students but he is the only one who has a different way for dealing with mockery at school. In this story, children learn different ways of dealing with peer pressure.

Kids were teasing Soheil but unlike me, he didn’t get upset and didn’t stamp his foot on earth. Unlike Samyar, He didn’t cry and didn’t make up a poem for Iman and Omid. He just got a paper bag out of his bag and put it on his head and said: Now I don’t see you and I don’t hear your poem. Now you can do whatever you want, because when I don’t see or hear you, I don’t get upset. 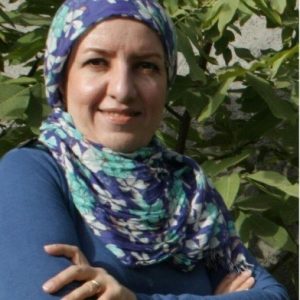 Badry Mashadi is a writer that is so adroit at writing about life skills. She has been actively pursuing writing for children for many years, and has published many works. One of the most important awards he has received is the Blue Bird Award in 2016.