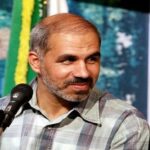 -Who will take the trigger,The Bare foot fight,Those who pass away, Dreams and memories,Runaway teacher, Everyone works itself 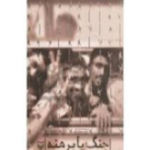 The book “Barefoot War” is a narrative of the war, the warriors who stood against armed to teeth enemy and bend over backward. In return to home, they get bored of the materiality of the society and continue to live in their huts against palaces of the rich in the lap of luxury. In his memoirs, the writer quotes the pain of those who have provided youth, health, and well-being, of themselves and their families for the Islamic revolution, but in return, they are subject to unkindness. In his memoirs, he described surrounding of warriors by Iraqi forces, breaking the surround with the sacrifice of one of the warriors, the martyrdom of the commander of the battalion, the situation of the wounded, the warming up, retreating, the situation and condition of all his companions in the combat operation, and their efforts and the memory of his companion martyrs. In the end, he speaks of his return to Tehran after accepting Resolution 598 and his normal life as a teacher. This book has 24 stories and at the beginning of each story, there is a verse from the Quran that is related to the story. The writer portrays beautifully the hard life of the barefoot warriors alongside the colorful swampy life of the rich. The book is a reflection of the suffering of barefooted people, which, in comparison to the sacrifice of them, seems to be painful, bitter and unacceptable. In other narratives of this front, the most prominent and sweet thing is the humility and neglecting their works against the work of others who have tried and wore on other fronts but against the same enemy and for the love of God. Although the danger is not the same in all fields, they should not consider all those who were not present in the front as earthly people with earthy attachments, and they should not le the others down because of the trouble and suffering that they themselves have born for the sake of God. These traits are pure and the righteous. The book “Barefoot War” is written in the form of daily notes, but relies on narrative-fiction techniques.

Title: Glin, the Bride in Red

The title of the book, Glin, is adapted from the name of a village near Sanandaj, which since 1981 has witnessed bitter and bloody incidents that represent a part of the history of the Kurdistan people’s bravery.  Glin, the Bride in Red includes the oral memories of the people of this village and the author’s daily notes at the time of collecting information to write the book.

The story begins at a passenger terminal in Tehran, up to the arrival of the writer and his friend at the Sanandaj Shahid Foundation. The Glin story begins in the fifth chapter which opens with the biography of the martyr Fatemeh Asadi, the wife of Bagherabad Village’s well digger. In the winter of 1981, after counter-revolutionary insurgents captured her husband, she was martyred during the search for her man and her baby died due to separation. In that year, 40 men of the village were captured by counter-revolutionary groups and after being convicted of collaborating with the government and betraying the Kurd people, they were exhibited in nearby villages as a warning to others. The focus of the story is on Fatrezamin Village where the torture of hostages begins. Now, the story is told from the perspective of Nasrollah Rasoli, one of the Fatrezamin Village survivors. 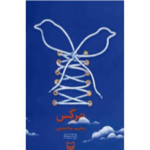 Title: A Teacher on the Run 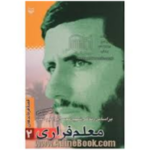 (Volume 6 of The Commanders’ Storybook series)

This book contains a fictional biography of Mohammad Ebrahim Hemmat, commander of the 27th Army of Mohammad Rasool Allah (PBUH)   who was martyred, in one of the Iran-Iraq war fronts in M Majnoon Island in 1983 following 28 years of his divine life. The introduction to the book, titled “An Approach to Life,” is a brief account of his life’s journey. The other nine chapters of the book contain memories of the life of the martyr, which is written in the language of fiction, addressing teenagers. The titles of the stories in these sections include: “The Ants Under a Car”, “Too Much Fat in the Soup”, “A Teacher on the Run”, “A Weapon under the Snow”, “Big Foot”, “Washing the Dishes after Midnight, “”Fear of  Glass”,” Hitting on the Cervix “and” a Smile that Remained in your Heart”. The other material in his book includes “Childhood and Master’s Oppression / A Royal Garrison and Fasting during the month of Ramadan, / the School, the Speech and the Escape / Kurdish Clashes with Anti-revolutionaries / the Story of the Old Boots/ a Midnight Job at the War Front and the Last Moments of Life. The author initially, with a trusted introduction, reminds the reader of the difference between people: that one mother is only thinking of giving birth to a child who is physically healthy whereas another mother is thinking about her childhood growing up to be a decent person. Meanwhile, the adventure of a parents’ pilgrimage to Karbala’s and the birth of Mohammad Ebrahim after that journey

?Title: Who will Take the Trigger

The book includes the fictional biography (in the form of a story) of Martyr Gholamali Peachak: the book contains 8 titles the contents of which are as follows: biography (birth, education, Revolution period, his commanding position in the western fronts and his martyrdom); the narration about the martyr’s birth and the choice of his name “Gholamali” for the sake of his parents love for Imam Ali (as); the martyrs argument with his classmates on the political situation during the Pahlavi regime and Gholamali’s emphasis on the Muslims place as pioneers for freedom and liberation from the government of corruption instead of following groups and organizations such as Communists; his distribution of  weapons, his distribution of anti- Pahlavi flyers concealed in the books ( among the books) during the Pahlavi era before the victory of the revolution, the arrival of Imam in Iran, and the conspiracy of the enemy in broadcasting (anti-Imam propaganda) in the television and  Gholamali’s warning to his mother and others to urge demonstrations in the streets to protest to the enemy, popular activities including helping the poor during his teaching career in Sistan and Baluchistan Province, the affairs in Kurdistan and Kurdish autonomy and the role of the martyr in Sanandaj, the story of Dr. Taheri and his letter addressed to the martyr’s family giving the (sad) news about his martyrdom after he was informed about it. In this book, the author, instead of introducing the martyr’s biography at the beginning of his works, begins with a story and takes the biography to the end of the book.