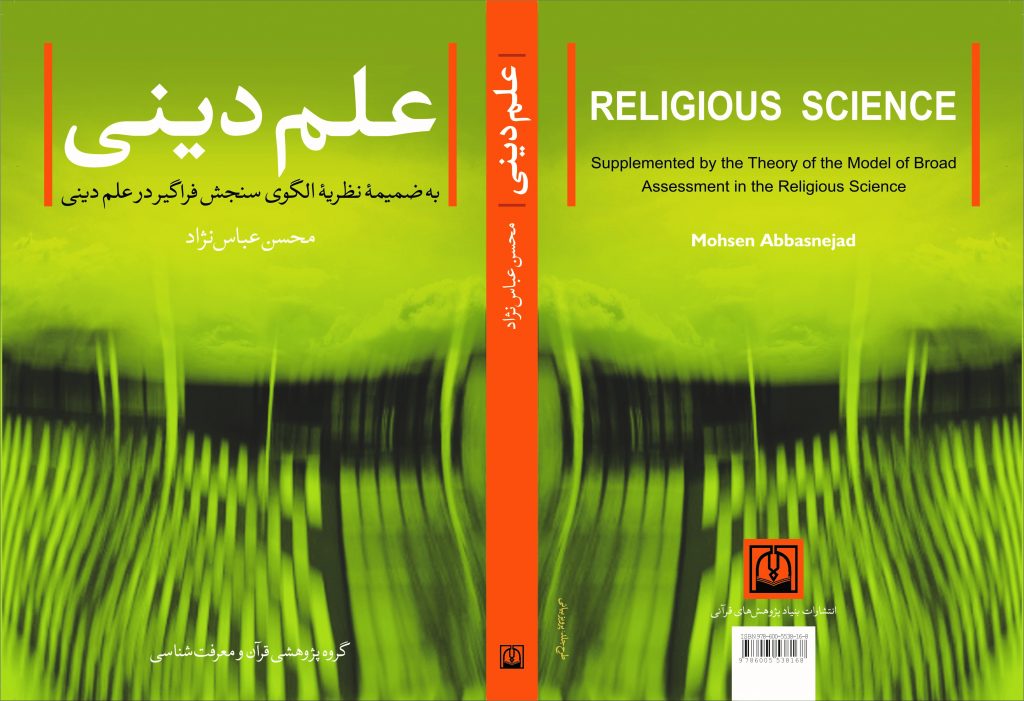 Having review different approaches to religious science, the present book set out to examine various epistemological and theological challenges facing the production of this kind of science. The author attempts to show that neither the science is excluded from the realm of religion nor the language of religion and science are comparable. The reflection of the culture of the time in the religious statement, and the falsie ability of scientific propositions are the issues which are discussed here. The author’s proposal is the comprehensive assessment model according to which religious science is a knowledge that complies with comprehensive assessment model based on which the current knowledge in its entirety including its principles ,methods ,assumptions and theories would be religiously assessed. In this model, assessment means measuring science against religious scriptures, comprising of confirmatory and rest ability aspects.

The contradictory aspect of the model investigates the principles ,methods ,theories and objectives of science in the terms of their consistency with the divine laws and whether they contradict the laws or not to whether they violate the religious prohibitions or not. The confirmatory aspect of the model provides the sciences with the guiding teachings of the religious scriptures. They are measured against their corresponding teachings in terms of the basic principles, assumptions, applications and objectives of the science. This model imposes some requirements on researchers, academic establishment, and the target government, all of which are fully discussed at the concluding chapter of the book. However, it provides the scholars with some practical solutions for achieving religious-pro knowledge.

Part I: The Possibility of Religious Science

–The Possibility of the Religious Science In Terms of Method

-Explanation of the Model of Broad Assessment in Religious Science

-Principles of the Model of Broad Assessment in Religious Science

-Epistemological Features of the Model of Broad Assessment in Religious Science

-Requirements of the Model of Broad Assessment in Religious Science