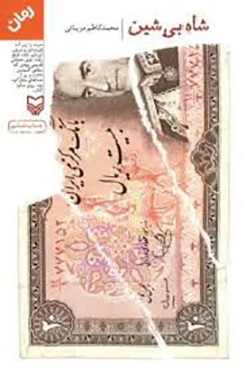 The Shah of Iran is lying in the operation room under the blade of surgeons. They are taking autopsy samples from his liver and pancreas. Cancer has advanced in the abdomen, and is spreading further. The author is sitting near the bedside of the Shah’s (and in an invisible way), describes his condition …. .From when he is only a child, he has witnessed the departure of the Qajar kings from the throne, their palaces and departure of Reza Shah, his father’s precedent, and departure of the rest of the (royal) family. His father sent him to Switzerland to continue his education and studies so that as the heir to the throne and his successor (the future king of Iran) he would have a European-style education. After graduation, he marries Fawziah, the sister of the king of Egypt. However, (unfortunately) instead of bringing him a son to inherit the throne, Fawziah brings him a daughter named Shahnaz. When Reza Shah was exiled, (Mohammad-Reza) shah’s twin sister intervenes in the affairs of the country. Fed up with such intervention (and turmoil), Fawziah returns to Egypt. She never comes back to Iran. Shah’s elder sister, while introducing Sorayya to the shah recommends her as the next queen. Sorayya, is half Bakhtiari, half German (she is half-bred). Marriage ceremony is held. But Sorayya is infertile. So the king divorces her. The intervention of foreigners, especially the Americans, in Iran (in Iran’s internal affairs), puts shah in a dilemma. But he seems he has no choice but to cooperate with them. Once shah meets Farah, at the house of Shahnaz, his daughter, and proposes marriage to her. He gets married to her. Farah brings him four children. Farah actively takes part works in many social, cultural and political affairs.

In this novel, respectively; all the phases of incidents that take place are narrated. Issues and problems of the country’s internal and external relations and affairs, including alien interference in the country, boosting unrest, massive protests, which etc. pave the way for a revolutionary. Shah’s and his family’s escape from Iran, the victory of the Revolution in Iran, the disease of the Shah and his death. The story begins with the Shah’s disease, and then, from the perspective of the past, from the childhood to the moment of Mohammad Reza’s death is narrated as uttered from the king’s mouth. Also, the kind king’s attitude and mentality regarding woman, society, world, and other issues, even the relationships with objects and animals are depicted in this novel. The story of “A king without a thrown” is a novel about the biography and the life and the fate of Mohammad Reza Pahlavi, the last Shah of Iran, with a touch of irony and comedy. It is an indispensable example of a documentary narration of the history of a king. By reading this narration, the reader will enjoy a documentary about the life of one of the contemporary Iranian dictators, in addition to enjoying the reading of a novel, one gets acquainted with parts of Iran’s contemporary history. The tune of the story is partly poetic accompanied by humor, and its theme is about coming to power, the rise, sitting on the throne of power, and the fall of a person The author of this work by using appropriately the structure of words, linguistic power, and expressions, along with the desired scene, has prevented the reader from being bored. Using humor delicacies as well as tragedy is a virtue of effect. One of its strong points is the pleasant prose of the novel, in which native original (Persian) vocabulary is used. Showing the main character’s contradiction and dichotomy in personality and in his qualities as well as the culmination of the corruption in the Pahlavi royal court, while looking at the Islamic Revolution from the of the Shah’s eyes (perspective) is one of the factors that make this novel a success.

Mohammad Mazinani, Iranian writer and poet, majored in Persian language and literature .He has collaborated with different publishers and cultural institute in Iran. Mazinani writes both for children (poem) and for adults (novel).He has penned various books so far and most of them welcomed by Iranian audiences. Some of his books are following as:

Among his awards and recognitions in Iran and abroad are:

-Islamic Republic of Iran’s Book of the Year Award,

-Best book award from the Children’s Book Council of Iran