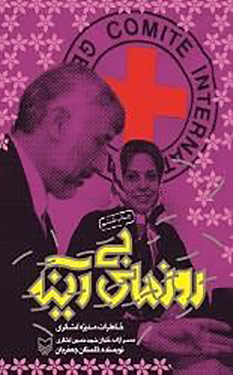 Title: The Days without Mirror

◙ Copyright is available in all languages

The writer of the present book, with his wit (sagacity) and with the thrill of an adventurous drama, tells the story of an Iranian commander’s wife after his capture by the enemy. He artistically portrays the objective role of the sensation of an Iranian woman and introduces her with all his integrity and gives an elaborate look to the unimaginable subtleties of a human being. Nevertheless, parts of the values ​​of this book are straightforwardness and honesty of the main character of the book – Mrs. Manizheh Lashkari – the wife of martyr Hussein Lashkari. The book, “The Days of No Mirror” appears to be seemingly low-volume, but this small volume is the result of a sophisticated and uncomplicated example. The author without delaying the reader in the twilight of the frivolous eraser leaves him so entertained on the margins. It is typical of this writer to go directly to the main point and result, without beating around the bush. Perhaps this feature has caused the emotional connection between the words and the reader to begin from the very first lines and clears the mind and soul of the reader with emotions. The very first lines fill the reader’s mind with so much pure sensations that the reader while finishing the book with wet eyes, still his mind is involved with the adventures of the book’s character, while looking differently at those with a similar condition and similar state of affairs. 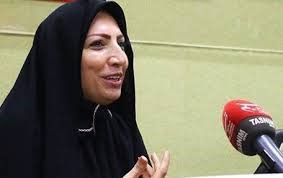 Golestan Jafariyan is one of the very active writers in the field of the Iranian war literature. He studied theology. In addition to writing he cooperated with the press and some cultural institutions. Jafariyan started writing with the compilation of the book “How many folds is war?”. Since he was personally present in the war regions during the Iran-Iraq war, and he actually had the opportunity to touch and observe the bravery of the courageous Iranians, he had many successes in writing stories, diaries and memories of the war. The most important characteristic of Jafariyan’s works is his different look at the war in the field of sacred defense. He chooses the narrator of his books, and this style plays a role in his work being different. Jafariyan In his books he is looking for answers to the questions he has in mind. Many works of Golestan Jafariyan have been published on the subject of sacred defense.

The following books are among them:

-How Soon We Grew Up!