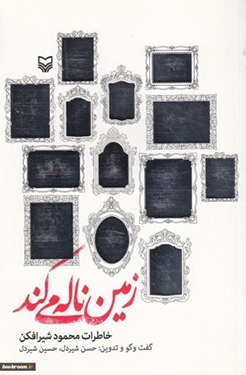 Mahmoud Shirafkan is one of the brave Iranian commanders who showed great courage in the war. When he was a teenager, he went voluntarily to the war front. But after a while, with showing courage and competence, he became the deputy of the commander. The description of his memoir in war zones includes several important chapters of the book. The stability of the combatants against the enemy is mentioned in detail in these chapters, by reading which, effective scenes are created in the reader’s mind, such as the scene of a brave young man who resists so much with the shotgun against the Iraqis that ultimately a tank bullet targeted his head and he was martyred. The memory of the moment of martyrdom and the prostration of the body without the head of this martyr is one of the most shocking memories that have been narrated since the Holy Defense Years. In the sequel, almost every chapter describes the memories of an operation. The initial and general procedure of the book is also preserved in the last chapter because by quoting the final days of the war, the memories are also over, and there is no longer any mention of the situation of this warrior after the Holy Defense days.

The structural, linguistic and formal features of the book “The Earth Groans,” has made it into one of the most successful works in the field of the memorial writing of the Holy Defense. Authenticity, honesty, daring, purity of word and memories of the narrator of the book, Mahmoud Shirafkan, and the acquaintance of the story narrator with the techniques of fiction are two categories that by utilizing them this book will be considered as a good work. The ability of the narrator and author to create the identification with the reader is one of the features of the book. This work is one of the works that is remarkable for the credibility of documentary and historical memories, as well as good literary processing.

When we woke up for the Morning Prayer, we saw that the enemy was strangely firing, just as it was going to start an operation. Seyyed Abbas and I prayed in the same stronghold. I had not gotten up from the place that I noticed that one of the warriors, who was 15 years old and was lying on a corner of the stronghold, had just one hand and the blood spouted through his cut arm. He was shocked that what was done! He was still sleepy. We jumped and went toward him. I took my Keffiyeh[1] off my neck and wrapped it around his arm, and while he was moaning, I said, “Can you walk?”

He said with Mashhadi accent, “Yeah, I can.”

He got up and set off.