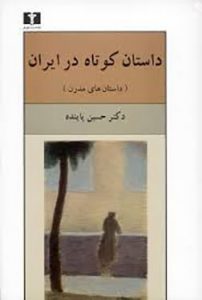 This book by putting emphasis on the necessity of recognizing theoretical foundations of short story as a requirement for criticism, introduces the theories pertaining to this genre and shows the uses of those theories in practical criticism of selection of the most outstanding short stories of Iran which are the best samples regarding the use of figures of speech. This first volume is structured as following:

In the first chapter, concepts and theories of realistic and naturalistic stories are introduced. In discussing such theories and concepts, the writer follows an interdisciplinary approach so he clarifies realism and naturalism through comparing them in visual arts (mainly painting and then cinema). In the next chapter, detailed criticisms on remarkable stories of these two styles are presented. In the final chapter of this volume, several critical interpretations of more stories are presented showing important changes of concepts and techniques of short stories in Iran. In this first volume, the writer besides few analyses about several stories criticized fifteen short stories by Iranian realist and naturalist authors and one story of ancient Persian literature (Arabian Nights) in details.

In the second volume of this book, like the first one, familiarity with the theoretical foundations of short story is regarded pre-requirement of criticism. So, in the first and second chapters of the second volume, the writer explains about the elements and characteristics of modern short story. The structure of the three chapters in this volume is as following:

First, one of the theories of modernistic short stories is explained in full details accompanying illustrating points and examples, and then some remarkable modern stories of Iran are survived from the viewpoint of those theories completely. In order to familiarize the readers more with story-writing styles in the past decades and the extent of their concepts widespread, in the last chapter, six other outstanding samples of Iran’s modern stores are criticized. The writer’s approach in this volume like the previous one is interdisciplinary and to present a framework for understanding the criticism of stories, he deals with Impressionistic paintings and Imagistic poems and cinema films. In this volume, the last survived story is one of the first stories in Iran enjoying super-fictional innovations and shows the moving of Iran’s short story writing toward postmodernism which is the subject of the third volume. In this second volume, the writer besides presented analyses and referring to several stories, all in all criticized fifteen short stories of Iran.

The third volume of this book is specifically dealing with clarifying and introducing post-modernistic story-writing which is the latest style of short story in Iran. The writer survived the changes of style and figures of speech of Iran’s short story in the recent one and half decade in an interdisciplinary and research approach within a pattern of literary criticism. This volume consists of ten chapters and the main structure of chapters is as:

Each chapter begins with a part named as ‘Initial Observations’ in which a background presented for better understanding of the subject dealt with in that chapter. Then, the writer in some continuous parts clarifies the parts of a post-modernistic theory with adding illustrating points and examples. The final part of each chapter is allocated to practical criticizing of some sample stories from the viewpoint of the theory clarified in the previous parts of the same chapter. In this third volume, in addition to random analyses while referring to different stories, twenty noteworthy short stories by Iranian stylist are studied which presents a clear picture of changes of styles and concepts related to this genre in Iran.

About the Author:  Hossein Payandeh (Tehran / 1962 ) earned his PhD in Critical Theory from the University of Sussex, UK, in 2001 and returned to Iran to resume his work as a faculty member of Allameh Tabataba’i University, where he is currently Professor of Critical Theory. Dr. Payandeh is also member to the Department of Contemporary Literature at the Academy of Persian Language and Literature of Iran. Dr. Payandeh is a prolific author and has published 26 books and more than 130 articles in various journals, both at home and abroad. He is also the Series Editor of Critical Theory, a series of books on literary theory and criticism, eight volumes of which have so far been published by four leading publishers of Iran. Dr. Payandeh has received ten awards for his publications, including the prestigious Jallal Al-Ahmad Award (the highest national prize for original books in the field of the humanities) for his book entitled Opening the Novel: Critical Approaches to the Iranian Novel, in 2014. Some of Dr. Payandeh’s Books are as follows: