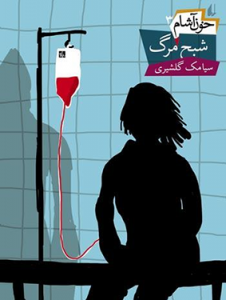 The Ghost of Death

Siamak Golshiri has created an exciting world, in which vampires and humans, their lives and their stories are entangled. He has masterfully narrated the intertwined stories of vampires, their struggles, their reputation as killers, and the misperceptions we humans have of them. In this series of five books, the readers are presented with the occurrence of suspicious murders and the links they have with the unknown vampires in Tehran. The familiarity of situations, locations, timings, names, and the overall atmosphere has made this series a brilliant all Iranian horror story.

In the first book, the author is mentioned as Dracula. You read it right, the same famous legendary Dracula, is willingly telling his side of the story.

In the second book, the author is reliving a story and unknowingly, has stepped foot in a world he previously thought of as fantasy. He goes to a place Dracula had described in the first book and suddenly feels a cold breeze over his shoulder. Then all he hears is this: “it’s now my home too.” said the Lord Dracula.

In the third book, the author’s curiosity is intrigued, when the corpse of Arash Bahrami, a journalist, is found in the eastern part of Tehran. The author found himself searching through the journalist’s stuff at his home and finally realized he had a fiancé, called Rita. The author visits Rita and passes the point of no return. He has entered a world, he has heard a story, and he has met people and creatures, from which he can no longer escape.

In the fourth book, the author previously familiar with vampires of Tehran, is searching to find Arash Bahrami. In the process, he meets a strange and estranged woman, with even a stranger past. She tells him about the experience she had in the cloud forest: an experience which has been haunting her for good.

In the fifth book, the author becomes the target for the vampires, after he has mistakenly revealed and unfolded their secret. The author is convinced by other people who are now involved in the story, that the best defense strategy is to attack. This group of men, each one with a different goal in mind, comes together and starts the hunt for the vampires. But nothing is pure good nor evil.

The author must face his ultimate fear to be able to realize the truth; a truth so different from he has in mind. He eventually learns that the clichés and the stories about vampires have nothing to do with the intentions they have in heart. He learns that evil can reappear in any shape, even in shape of the people he puts his trust in.