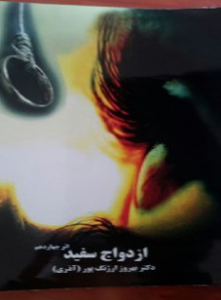 Manuchehr was born and was brought up in a relatively religious and middle- class family. He is quite supported by his family and is under its influence but as he studied in the schools of well-to-do, higher class of the society, he is influenced by the manners and behaviors of his friends of the higher social class of his own family’s class. Shirin, another character of the story, also belongs to a religious, prejudiced and middle- class family. She is a student of Persian literature and has Feminist thoughts. Manuchehr and Shirin are studying in the same university and fall in each other’s love but Shirin has to be very cautious in communicating and having the relationship with Manuchehr because of his Father and brother’s viewpoints and consideration. Thus, she insists on him to have a legal relationship and with the awareness of their families. She forces Manuchehr to propose her from her family and when Manuchehr goes to Shirin’s home for proposal with his family, Shirin’s father for their marriages brings forth very difficult situations that Manuchehr can’t afford them.Manuchehr convinces Shirin that instead of accepting to these difficult situations for formal marriage, like western youth, rent a house and live together as a couple informally and without their families’ awareness. Shirin accepts Manuchehr’s idea temporarily and up to the time, Manuchehr becomes able to afford the situations brought forward from her father but….

The committed writer of this book strives to bring forward moral and social abnormalities in a popular way and in this valuable work, he chose the subject of ‘white marriage’ as his story theme. This issue that is pattern copied from western social and cultural elements and it is a boy and girl live together even in the same house to become familiar with each other before formal marriage. In Iran’s society culture and religious beliefs this issue cannot be tolerated and leads to many abnormalities in this society.   This book could scrutinize influential factors in the youth persuading to informal marriages (white marriage) in societies with religious and spiritual beliefs and cultures. 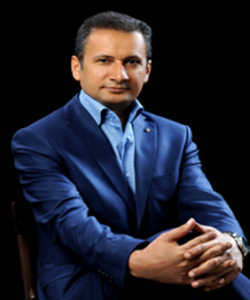 Dr.Behrooz Arzhangpoor is an Iranian active physician, author, poet and research in the field of literature, linguistics, poetry and social issues He penned articles and books, in fiction in particular, more than twenty years and has given lectures in prominent literary and scientific meetings and conferences in Iran and abroad. Arzhangpoor is one of the few Iranian authors has penned on syllable poetic style and known as the founder of a new poetic style of syllabic-stop-stress. His book named” syllabic-stop-stress Meter “was the first book that is written in Iran and the world. Arzhangpoor married and is the father of two children and now lives in Iran. Meanwhile, treating medically in Tehran hospitals, he writes and research constantly in Literature and Poem as well. At present, Dr. Arzhangpoor has engaged in composing a long Epopee named as title “Love- letters of Sacred Defense”. In this valuable book, the writer narrates Iranian peoples’ resistance and courageous against rapists in contemporary time .The first Volume of the series has been published recently.

Some of his published books:

The voice of the muezzin can be heard from the Imamzade Hasan mosque: Allah u Akbar, Allah u Akbar .Hasan and Reza are on the motorbike and are passing through Imamzade Street… they reach LalehZar Street of Tehran. The sound of music can be heard from a tape-selling store: “labe karoon, che golbaroon” (the tape playing) then they turn to a street leading to 24th of Isfand Square.

By seeing his brother Muhammad, Hasan ran to the end of the hall with Reza, and waited there for the right time to enter the show hall without attracting any attention.

It was a special rumpus out of the cinema and everyone was struggling to make a living.

Cinema Tehran was located on the 24th Isfand square, a place which always had a heavy traffic and maybe it was considered as the most crowded place in Tehran, there were also many cinemas around the square. On the front of Tehran cinema, due to Joseph and Zuleikha movie, the crowd was more obvious than anywhere else, and everyone has flattened his stand there to sell goods.

A few steps from Amu Nemat, the seeds seller, it was the sandwiches stand of Mashhadi Ali:

Come on, come here, I have egg sandwich, sausage sandwich! Fresh sandwiches!! The best sandwiches ever. Eat and enjoy, come on it’s undersell.

Mashhadi1 Ali was a middle-aged man who has settled his sandwich stand on a few empty boxes, he was shouting exactly in front of the cinema on the side of the ditch. The ditch had no water in it and Mashhadi Ali was right inside it because he had full view of his sandwich stand from this view. He was very tall, but whenever he went to the ditch half a meter was reduced from his height, and consequently from his tallness awe. Although he had widened a plastic nylon on the sandwiches, they were clouded with flies and Mashhadi Ali made them fly regularly. With that huge body, he couldn’t defeat the flies.

Beside the sandwich stand, Hasan Doughi (a person who sells dough) has flattened his stand. A blue handcart in which he has embedded a large earthen jar, and there was a glass on the jar on which there was some red earthen glasses. He was a short man and was easily hidden behind his handcart. Although he was only 35, the difficulty of life had well put its trace on his face and

Come on, come, Hasan Doughi is here, I got perfect local Dough (a beverage based on yogurt)!

The cigarette man has set up his stand in a carton box and he has hung it from his neck and was shouting:

Cyrus was a young twenty-five-year-old boy whose profession has always been selling cigarettes around 24th of Isfand square; however, he had never smoked even a cigarette all his life.

Javad Jigaraki was a man of fifty; he was from Azerbaijan and with his Turkish accent was continuously marketing his livers.

Hearing the vendors and most probably aroused by the smell of the foods, Reza took a meaningful look at Hasan:

In front of the cinema has nothing less than a peep show and everybody was struggling. Some people wanted to enter the cinema, and some where juicing up their own trading.

The previous movie’s show-time has finished only a few minutes ago and the spectators were leaving the through the exit doors, and a large crowd at the waiting room were waiting for the entrance doors to get opened. More crowded than anywhere else was the cinema’s buffet. Spectators who has not provided any snacks out of the cinema where trying to provide them from the buffet, some people were impatiently waiting behind the entrance doors to get opened so that they could storm inside the hall and take the best seats; because the tickets had no number on them. Those getting inside the hall late, had no place to sit and were obliged to watch the movie to the end while standing.

Eventually the doors were opened and only in a few seconds, the waiting room was evacuated and there were no one else in the waiting room except Reza and Hasan, some people who were in front of the buffet and the agent who were conducting the audiences into the showing hall.

Hasan and Reza waited for the light to be turned off to enter the hall in darkness so that Hasan’s brother doesn’t see them; due to this reason they had to watch the movie standing.

Joseph and Zuleikha movie has been started. Even in the show-hall some of the buffet’s staff didn’t stop trading; a vendor who had hung a small box over his neck and had some pockets of sunflower seeds in it, was softly saying: seeds, seeds, all kinds of seeds. Another vendor was selling cigarettes and someone else was selling Alaska ice-cream and they were distracting the audiences’ attention. The audiences were constantly shouting and saying that be quiet man we are watching the movie, no one is buying from you!

Hasan and Reza ran toward the Imamzade Hasan mosque so that they could attend the congregational prayer, but Hasan was regretting what he has done and was whispering to himself: boy this isn’t right to leave the game unfinished and ruin everything, poor boys! I should have told them beforehand that I will leave at the Azan time, but it’s passed and may God forgive me. The next time I mustn’t treat them this way because it’s not fair.

Usually after congregational prayers people used to gather around the Mullah to ask their questions and they talked to him alone in order to discuss more private matters. Mullah Kazemi had always considered people’s problems and issues with amiability.

Mullah Kazemi has clarified his opinion but his mind was very obsessed, and was floating in his own thoughts:

May God help me to have judged fairly, they put all the pressure of judgment on me and release themselves from it! May God help me, how am I going to give response for my deeds in the world to come? Oh God you know I do my best to be fair. Oh creator of the existence helps me, do not neglect your servants, and do not leave us alone even for a single second.