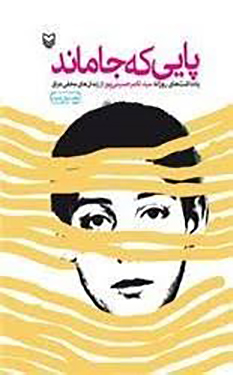 Title: The Leg which has been Left

In this book, the story of courage of 119 Iranian soldiers against the armed to teeth enemy has been narrated. The first two chapter of this book is about the events of Majnoon Island and Khandagh Road and set to time and place conditions and the war circumstances before the writer being captured and how he was captured. Chapters three through fourteen include the memories of this internee during his captivity. In these chapters, the internees’ hard living conditions, the behavior of guardians and their inhumane torture, and the patience and endurance of internees and their efforts are expressed. During these chapters, the writer describes the interrogations and commuting of himself and some of the internees to other camps and internees’ activities, as well as the activities of the People’s Mojahedin Organization (one of the Iranian opposition organizations abroad) in the camps.

“The Leg Which Has Been Left” is one of the most impressive works in the field of Holy Defense literature, which, after supreme leader’s epigram on the sidelines of the book, has been published in the nineteenth edition in less than 3 months and set a record. “The Leg Which Has Been Left” has been re-published more than 62 times. The book has also been translated into various foreign languages and is available to foreign audiences. 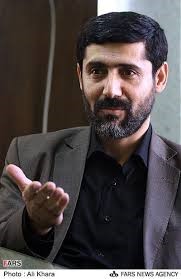 Seyyed Naser Husseinipour is one of the brave Iranian warriors who participated in war zones for defending the country and his beliefs during the war between Iran and Iraq, and he captured by enemy forces during a combat operation. He is one of the warriors trying to narrate his memories in the form of books for recording epic times throughout the war. Seyyed Naser HUsseinipour is also a Cultural Manager in Iran and is currently in the secretariat of the Supreme National Security Council.